Former Miami Heat Broadcaster Calls Out Drake for Being a Bandwagoner 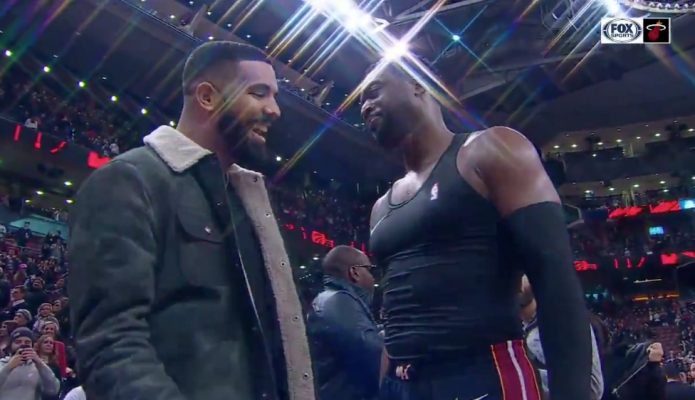 Hip hop star and Toronto local Drake has been quite a vocal fan of the Toronto Raptors during their impressive run to the 2019 NBA Finals.

While it’s always nice to see a hometown celebrity embrace his team, former Miami Heat television broadcaster Tony Fiorentino couldn’t help but call out Drake for being something of a bandwagon fan.

I seem to remember him a huge HEAT fan for 4 straight years! Must be mistaken. https://t.co/unxjpyHK07

It might seem a bit petty to call out Drake for his fan tendencies, but every Heat fan remembers Drake proudly jumping on the Heat bandwagon during the Big 3 era.

That fact is proven by well-documented proof such as the NBA 2K12 commercial where Drake proudly referred to the Heat as “we.”

And who could forget the time Drake was refused access to Miami’s locker room following their Game 7 win over the San Antonio Spurs in the 2013 NBA Finals.

Given this proof, it’s pretty hilarious for Fiorentino to call the rapper and singer out.

Drake probably won’t mind, however. Throughout his career he has been known to become a diehard fan of one team, only to don a completely different team’s jersey the very next season.

For now, it’s his hometown squad that he’s repping. Who knows what NBA team he’ll fall in love with next.
[xyz-ihs snippet=”HN-300×250-TextnImage”]