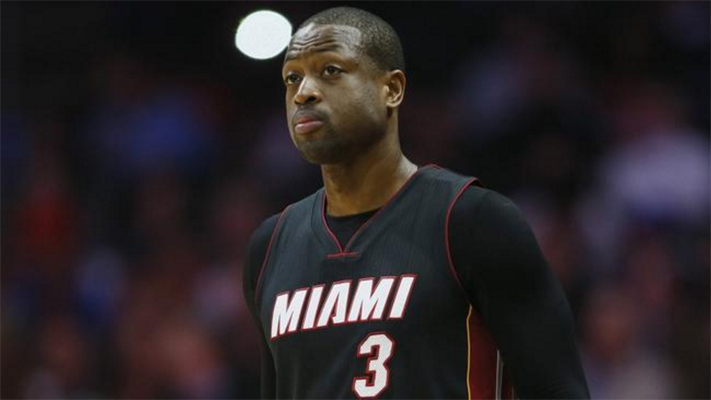 Dwyane Wade is not in Cleveland everyone — yet.

After rumors that Wade had left his Spain vacation to meet with LeBron James and Cleveland Cavaliers owner Dan Gilbert surfaced last night, many were starting to believe that James was building his own super team in the East to combat the newly formed Golden State Warriors.

However, we might be able to lay that conspiracy theory to rest after Ethan Skolnick of the Miami Herald tweet this out today:

For everyone tracking private domestic planes, my understanding is that Dwyane Wade has not flown back to the United States yet.

Of course, this doesn’t mean that Wade is not looking at the Cavaliers as an option.

In fact, Wade and the Miami Heat are reportedly not close to agreeing on a deal. Also, there have been reports that his agent could be reaching out to the Cavaliers.

As soon as the Kevin Durant news broke yesterday, the Heat leaked their latest offer to Wade. This time, it was a two-year, $40 million deal. Better than the lowball offer given a couple days ago, but apparently not good enough for Wade.

That’s because Ira Winderman of the Sun Sentinel says that Wade has already rejected that offer.

There are some people who believe that Wade is looking for a three-year deal. For comparison, his age-old counterpart in Dallas, Dirk Nowitzki, was offered the same deal as Wade and is set to accept and finish out his career there. The difference is that Dwyane is three years younger than Dirk and clearly still a productive player.

According to Winderman, Wade is now seeking a two-year, $53 million deal.

The only problem with Wade’s request at the moment is that the contract will cause some serious cap space problems for Miami in the near future.

Nonetheless, we will just have to wait and see if Pat Riley is going to cave in to Wade’s demands or if Wade could be on his way out of Miami.
[xyz-ihs snippet=”Responsive-ImagenText”]