Miami Heat Rumors: LeBron James Could Be Headed Back to Heat If Cavs Win Title 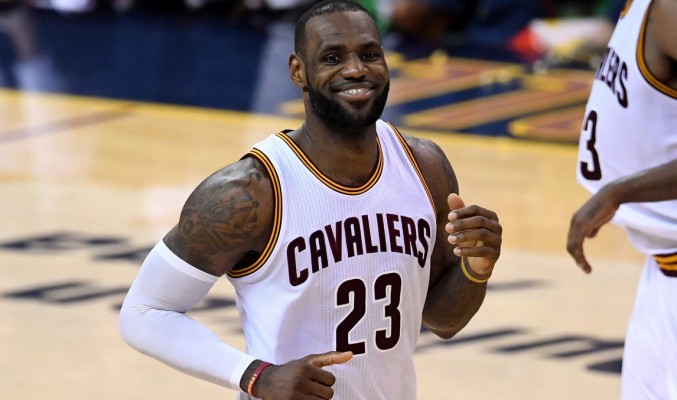 Miami Heat fans should be rooting for the Cleveland Cavaliers to win Game 7 of the NBA Finals on Sunday night if the musings of the Yahoo Sports’ Adrian Wojnarowski are on the right track, since he believes a win could result in LeBron James once again taking his talents to South Beach.

The suggested move would come about because James is an unrestricted free agent on July 1. While he’s given no indication that he’s headed elsewhere, Wojnarowski believes that his goal of giving the city of Cleveland its first major sports title in 52 years would take the pressure off of James about his future. He’d conceivably have much less animosity directed his way, unlike six years ago when he made his “Decision” to play for the Heat.

“One more victory, one more magnificent night at Oracle Arena, and James will get to run off with his buddies again somewhere warm. Miami. Los Angeles. Wherever. There’s a restlessness about James that craves the next big move, the next power play. Franchises are on watch again, believing nothing’s forever in Northeast Ohio. Sooner or later, there’s a belief that James comes into play again, a line of thinking that his inner circle has done nothing to dissuade. As for James himself, well, he has gone so far as to publicly describe an end-of-career scenario that doesn’t include Cleveland,” stated Wojnarowski.

To be fair, Wojnarowski also indicates that a possible destination for James could be in Los Angeles, which could mean either the Los Angeles Clippers or Los Angeles Lakers. With the Clippers, James could join his close friend, Chris Paul, and a contract with the Lakers would make him the perfect replacement for the retired Kobe Bryant.

However, James is more familiar with the Miami organization, and has spoken in the past about his tight bond with Miami guard Dwyane Wade. In their first post-Miami game on Christmas Day 2014, James cryptically hinted that they’d play together again.

Of course, should Golden State avoid blowing their previous 3-1 advantage and win their second straight title, the idea of James leaving for another team will be put in mothballs until at least July 2017.
[xyz-ihs snippet=”Responsive-Ad”]