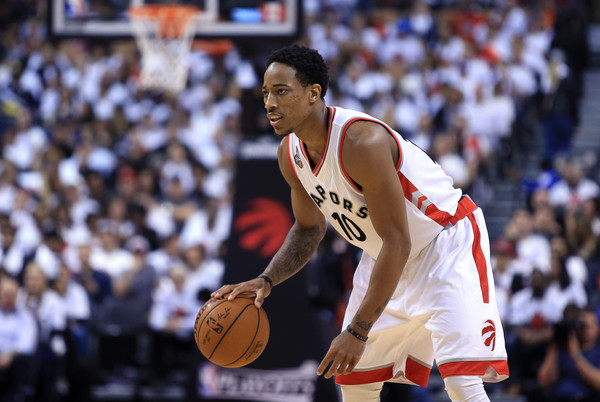 The Toronto Raptors came out on top against the Miami Heat during the postseason. However, with free agency set to start in a few days, the Heat might get their payback in the offseason.

According to Sam Amick of USA Today Sports, the Heat are interested in acquiring Raptors All-Star DeMar DeRozan:

Despite the adoration and immense success last season, the Raptors will have some work cut out for them to hold on to DeRozan. Multiple other teams, such as the Clippers, Warriors and Heat, offer the guard winning scenarios as well, possibly better than the arrangement in Toronto.

It may seem unlikely the Heat land DeRozan, but if the team is unable to get Kevin Durant and unable to re-sign Hassan Whiteside, Pat Riley will desperately seek out the next option, which might be the Raptors guard.

DeRozan can get the most money in Toronto — a projected $153 million over five years — and maintain the franchise figure, but it shouldn’t be a guaranteed reunion.

In 2010, the Heat shocked the world by signing longtime Raptor Chris Bosh. The big man, who still leads the Canadian franchise in scoring, played with the Raptors his whole career and was the clear star of the organization up until his departure.

The free-agent market can be unpredictable. With a guy like Riley steering the ship, anything is possible and Heat fans shouldn’t be surprised if the team somehow lands DeRozan.
[xyz-ihs snippet=”Responsive-ImagenText”]