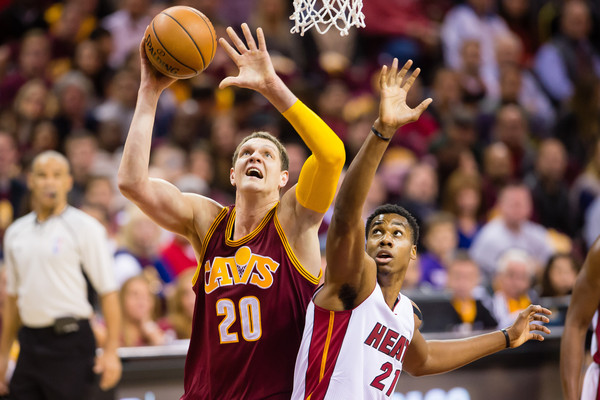 The Miami Heat are going to be active in free agency this year. Some of the prioritizes include trying to sign superstar Kevin Durant, retaining Hassan Whiteside and re-signing Dwyane Wade.

The Durant-to-Miami pipe dream is still in effect as Pat Riley has nabbed a meeting with the 27-year-old on July 3. Unfortunately, retaining Whiteside will be the hard part. The league’s top shot-blocker is getting attention from several teams around the league and will reportedly be offered a max contract from the Dallas Mavericks. Wade appears to be opening up the floor to other teams but all signs point to the Heat lifer staying in Miami.

Accommodating all three players to lucrative deals will not work. If the Heat were to sign Durant to the max, re-sign Wade and let Whiteside go, there would be very little money left to work with it. That would also leave the Heat with an empty spot at the backup center position.

However, we may know where that fill-in could come from. According to ESPN and Cleveland Cavaliers beat writer Dave McMenamin, the Heat are among a few teams interested in Timofey Mozgov:

Count Houston, Miami, Golden State and San Antonio among the teams interested in Timofey Mozgov, along with the Cavs, per league sources

The Russian big man is a solid center who would be a cheaper option for the Heat. Similar to the roles Joel Anthony, Chris Andersen and Ronny Turiaf played on the Heat’s championship teams with LeBron James, Mozgov could do the same if the Heat were to acquire Durant.
[xyz-ihs snippet=”Responsive-ImagenText”]