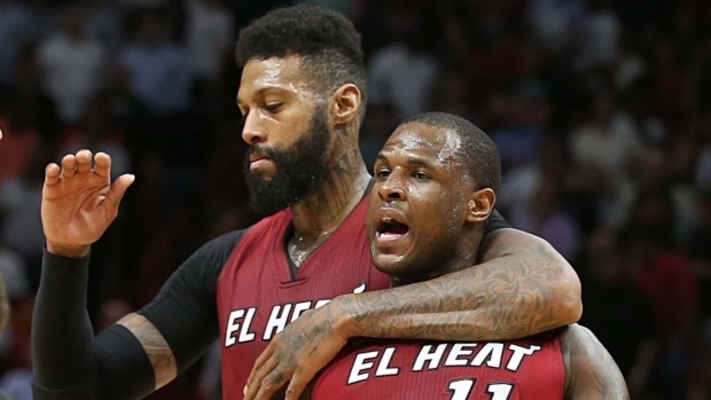 The Miami Heat‘s strong second half during the 2016-17 season gave hope that the momentum from that surge would carry over into the upcoming campaign. However, it appears that one projection shows that any improvement as it relates to the team’s win-loss record figures to be minimal by the time the regular season ends next April.

The ESPN Analytics team crunched all of the necessary numbers on each of the NBA’s 30 teams, with the final analysis of ESPN’s Basketball Power Index (BPI) showing that the Heat can be expected to win 42.9 games. That would be good enough for the sixth seed in the Eastern Conference and be an improvement of two games from last year’s 41-41 season that came up just short for the postseason.

“BPI is a forward-looking model that predicts the strength of each team on offense, defense and altogether. In making its game predictions, the model takes into account factors such as the strength of the two teams, the game’s location and rest differential between the two squads. BPI simulates the season 10,000 times to create its projections for both the season and the playoffs.”

The defending champion Golden State Warriors top all teams in the projections with an expectation of 63 wins, with the Boston Celtics pegged to win the most games in the Eastern Conference with 54.

Last year’s first-half struggles for Miami were largely caused by a string of injuries that left them with an 11-30 record at the midway point. One addition for the Heat for this season is their top pick in the NBA Draft, Kentucky power forward Bam Adebayo.
[xyz-ihs snippet=”Responsive-ImagenText”]