Miami Heat Rumors: Dwyane Wade’s Representatives Have Reached Out to Spurs and Mavericks 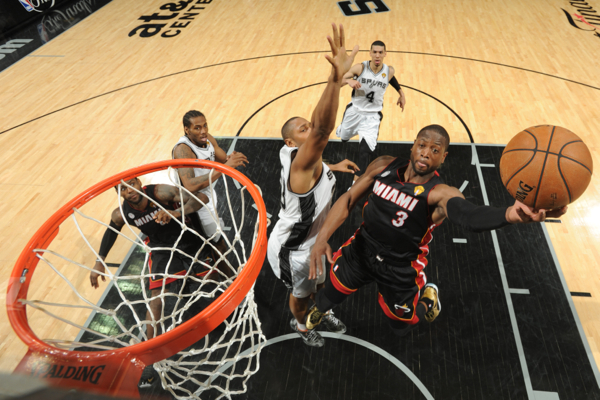 The pending free agent status of Miami Heat veteran guard Dwyane Wade appears to have taken a new twist with one report saying that Wade’s negotiating team has reached out to both the San Antonio Spurs and Dallas Mavericks.

That information came via an interview on Wednesday with ESPN.com’s Brian Windhorst.

“Over the last 24, 72 hours, Dwyane’s representatives have been calling around the league to several team,” Windhorst said. “Not to every team, not to 29 teams, but to a few teams and have said to them, ‘Hey, Dwyane is going to be available and is going to take offers.’”

Wade had entered the buildup of the free-agency period that begins on Friday by saying that he had every intention of re-signing with the Heat and finishing his career with the team.

However, when early negotiations went nowhere, the validity of that intention began to waver. Current NBA rules forbid teams from contacting free agents until Friday, but backchannels are often secretly pursued and hints are often sent out by players’ representatives.

Given that Wade is coming off a $20 million one-year deal this past season, the Heat will likely not be able to match anywhere near that amount. They also need to try and re-sign center Hassan Whiteside, who is expected to pursue a max deal.

The considerations of San Antonio and Dallas are partly because of their continued success. Still, each currently has a shooting guard signed to a long term deal in Danny Green and Wesley Matthews, respectively.
[xyz-ihs snippet=”Responsive-ImagenText”]