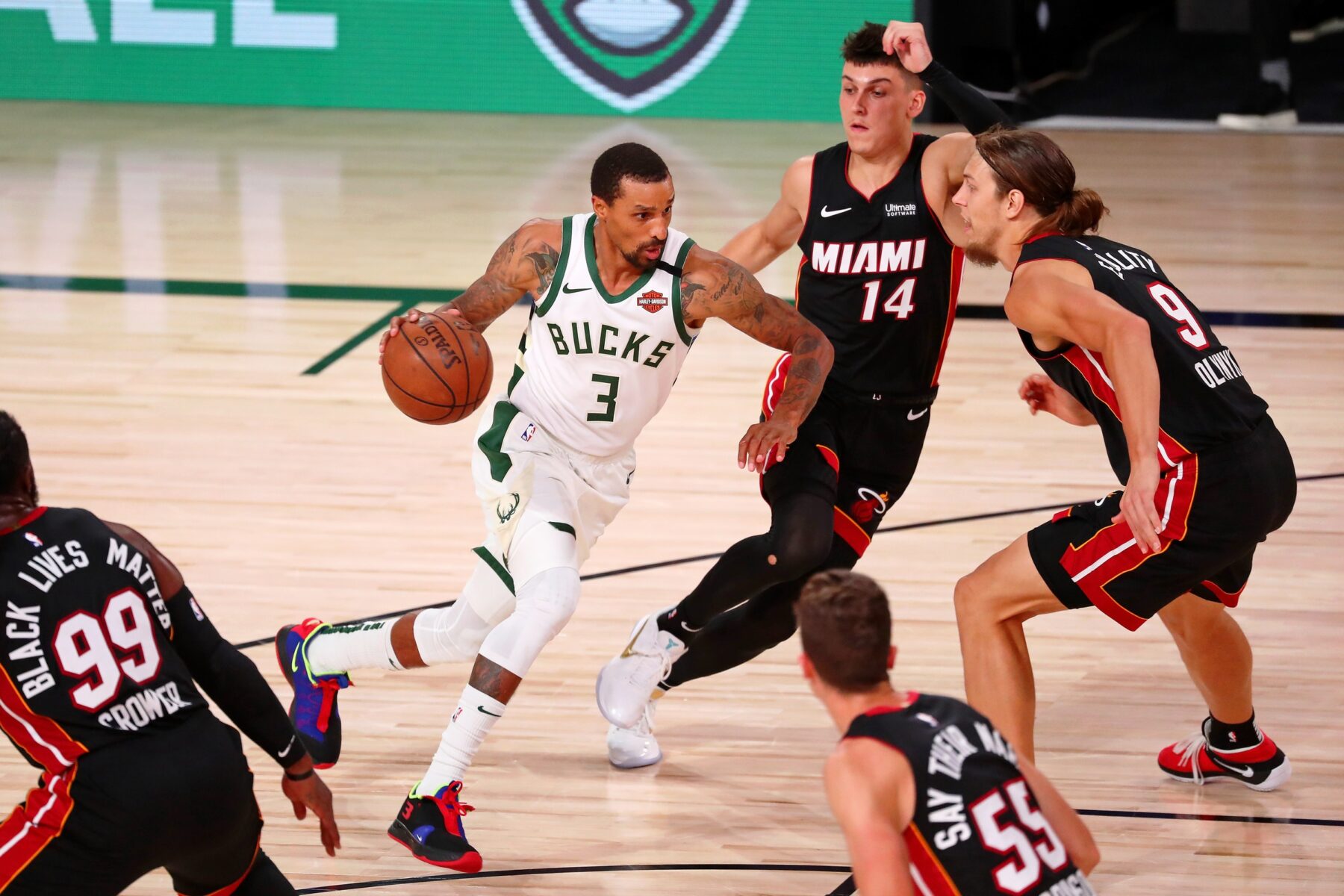 The Miami Heat finished the 2020-21 NBA season as one of the best teams in the league, but Pat Riley and company fully intend to improve the roster before next season.

According to Gary Woelfel of Woelfel’s Pressbox, the Heat have interest in acquiring George Hill, who was recently traded to the New Orleans Pelicans in a blockbuster deal for Jrue Holiday.

“An Eastern Conference executive said he’s heard George Hill, whom the Bucks dealt to New Orleans on Monday, is drawing interest from a spate of title contenders, including both L.A. teams, Boston, Golden State and Miami,” wrote Woelfel.

One of the top priorities for the Heat this NBA offseason is retaining the services of veteran guard Goran Dragic. If the team can’t bring back Dragic, Hill might be a candidate to fill the void.

Although Hill is a significant downgrade from Dragic, he is the kind of veteran player that can flourish in Miami’s system.