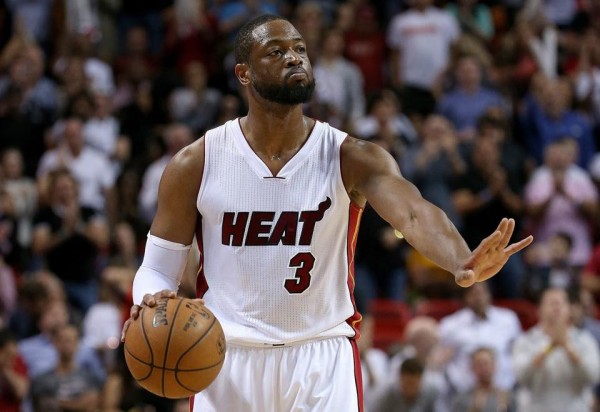 In need of a few games to fall in their favor, the Miami Heat (36-45) currently have their 2014-15 playoff hopes on life support. They are currently in 10th place in the Eastern Conference, holding on by a thread to make the postseason. 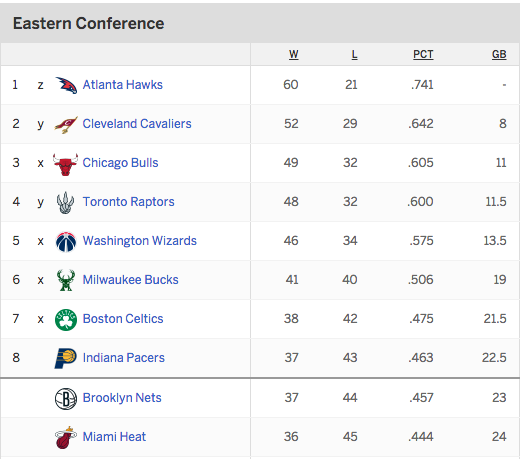 The Heat stayed alive with a 100-93 victory over their in-state rivals, the Orlando Magic (25-56), on Monday night. Heading into Tuesday, April 14th, here is exactly what needs to happen in order for the Heat to make it back to the postseason, which would mark the seventh consecutive year under head coach Erik Spoelstra that the team accomplishes a postseason entry. 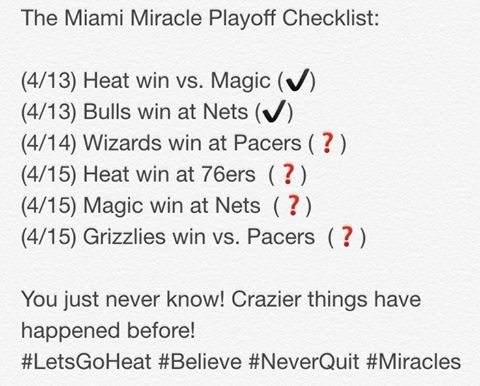 These sequences falling into place seems pretty unlikely, but still very possible considering the unpredictability of today’s NBA. According to Ira Winderman of The Sun Sentinel the Heat have just a 6.3% chance of making the postseason at this point.

With a win tonight for the Pacers, or if any of the other scenarios on the checklist go haywire, Miami’s playoffs chances will be diminished. However, three-time champion Dwyane Wade is prepared for whatever road lies ahead of him and his teammates.

“I don’t know what’s going to happen but I know this team is going to fight. We’re going to play until we can’t play anymore,” said the 11-time NBA All-Star. “We come in here and we have another opportunity. Around here, we believe in opportunities. Just look at our roster.”

At this point, all Heat Nation can do is pray for luck to indeed swing their way.
[xyz-ihs snippet=”Responsive-Ad”]