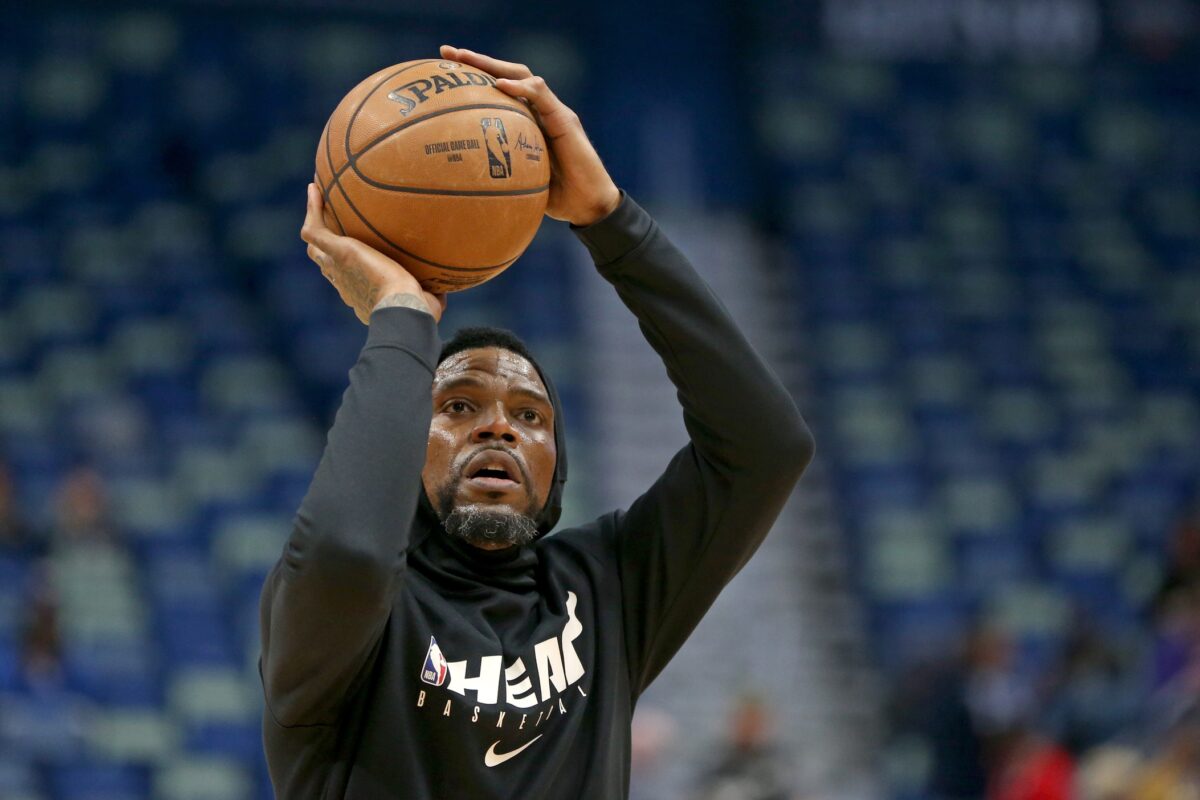 Veteran Udonis Haslem is voicing his displeasure about the prospect of the Miami Heat competing in the play-in tournament if they drop below the No. 6 seed in the Eastern Conference.

The tournament will feature the No. 7 to No. 10 seeds battling for the final two playoffs spots in the Eastern and Western Conferences.

“I don’t want to be in it,” Haslem said. “I don’t want that to be a part of our situation going into the next phase of the season. I’m hoping we don’t have to end up in that situation. And I do think it’s a little silly. I don’t know who came up with it. I’m not an analytical guy. I’m sure they bring all kinds of numbers and all kinds of stats that say this is the best way to do it with this, that and the third and all kinds of data. And I’ll be like, ‘Oh, OK.’ But that doesn’t matter to me.

“I think it is taking a step back, especially after the bubble and just the shortened offseason. To put teams in a position to have to be in a play-in, especially guys like ourselves and the Lakers, who basically slugged it out until the end. To be here in this situation saying we might have to be in a play-in, it’s a little unfortunate. But we’re not the type of team that’s going to whine about it. Whatever you want to do, put it in front of us and we’ll figure it out.”

Los Angeles Lakers forward LeBron James expressed similar sentiments following a loss Sunday to the Toronto Raptors about the league’s decision to incorporate a play-in round for this year’s playoffs.

Haslem, 40, is the oldest active player in the NBA. He’s the franchise’s all-time rebound leader and has yet to appear in a game during the 2020-21 season after re-signing in November.

Haslem has averaged 7.6 points and 6.7 rebounds per game in 858 career contests while helping the Heat secure championships in 2006, 2012 and 2013. He averaged 3.0 points and 4.0 rebounds while playing 11 minutes per game in just four contests last season.

The Heat are currently right on the edge of being included in the play-in tournament, sitting at 35-30 and one game ahead of the Boston Celtics.