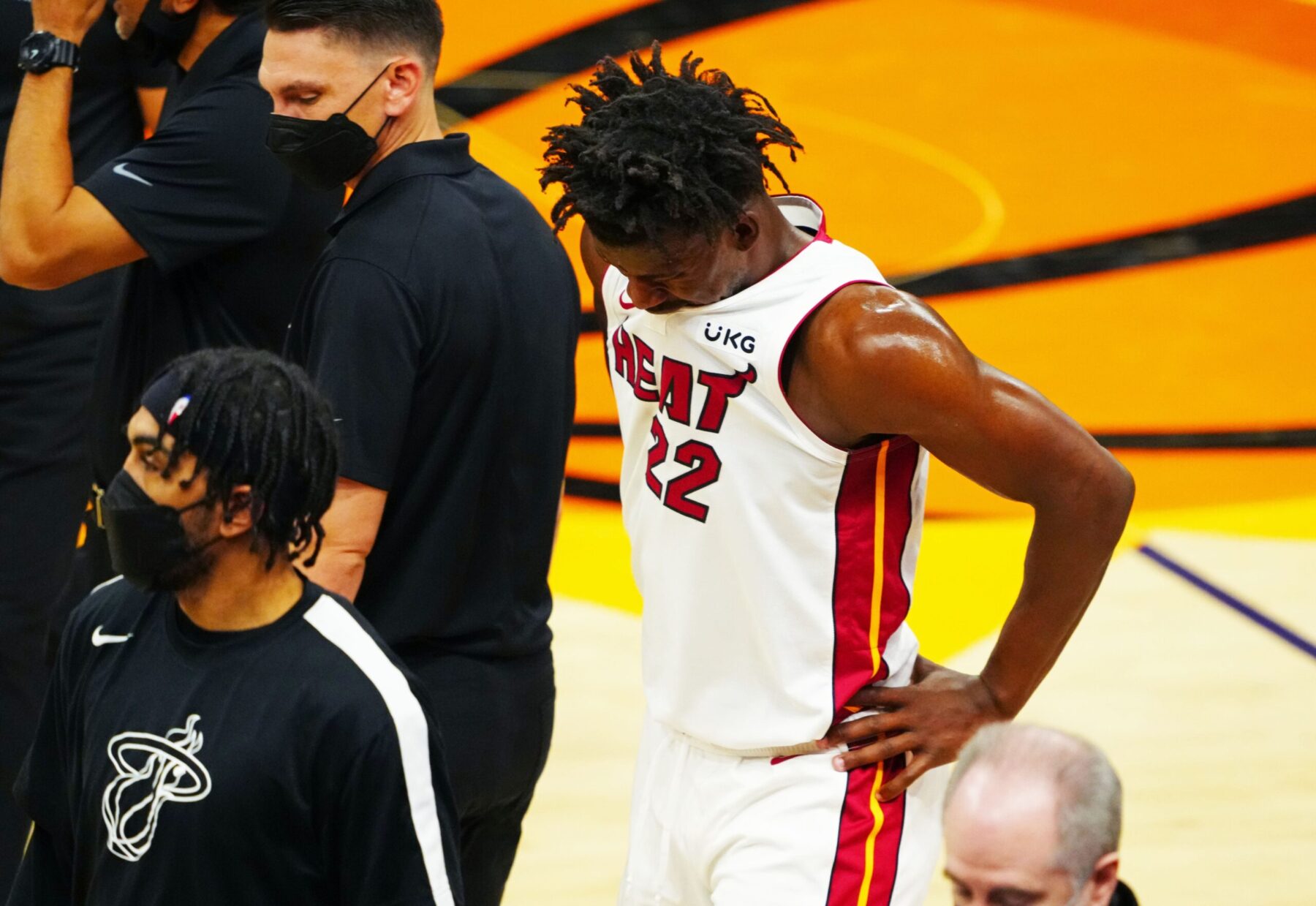 The Miami Heat have revealed the status of star Jimmy Butler for Wednesday’s contest following his scary ankle injury on Tuesday.

#MIAvsDEN UPDATE: Jimmy Butler (ankle) is listed as questionable to play in tonight's game vs the Nuggets.

Goran Dragic and Victor Oladipo have been ruled out.

Butler, 31, turned his ankle midway through the fourth quarter against the Phoenix Suns on Tuesday.

While the veteran was able to finish out the contest, he will be closely monitored by the Heat. After all, the organization is already dealing with the injury absence of two-time All-Star Victor Oladipo.

The Heat took a 106-86 beating to the Suns on Tuesday. Butler concluded the contest with 18 points.

On the season, the journeyman is putting up 21.4 points, 7.2 rebounds and 7.2 assists per game. He’s trying to raise the Heat’s ceiling and get them back to a high level of contention.

The Heat hold a 28-26 record and are the No. 6 seed in the Eastern Conference. They take on the Denver Nuggets on Wednesday night.