Video: Giannis Antetokounmpo Goes Down Screaming as He Suffers Brutal Injury in Game 4 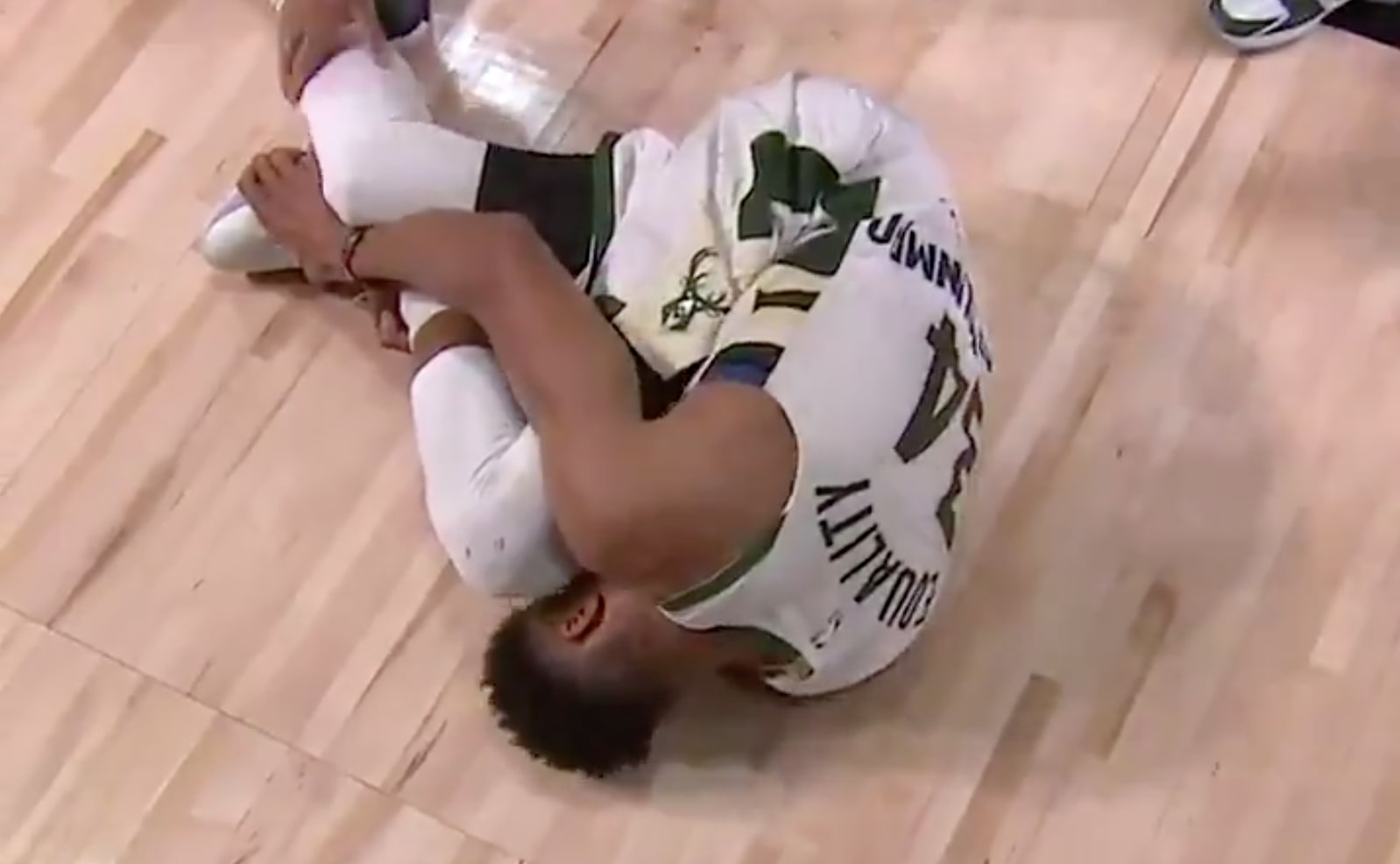 The Milwaukee Bucks are in a critical Game 4 against the Miami Heat, as they trail 0-3 in their Eastern Conference semifinals series.

It turns out, things will get even tougher for the Bucks as it has been reported that superstar Giannis Antetokounmpo is out for the rest of the game after going down with an ankle injury.

Bucks’ Giannis Antetokounmpo (ankle sprain) is out for remainder of Game 4.

The Bucks forward could be seen screaming and holding his ankle as he went down with an injury early in the second quarter.

Antetokounmpo was listed as questionable entering Sunday’s matchup, as he was seen with a “very noticeable limp” on Saturday.

If the Heat move forward and sweep the Bucks, they will be awaiting the winner of the series between the Toronto Raptors and Boston Celtics.