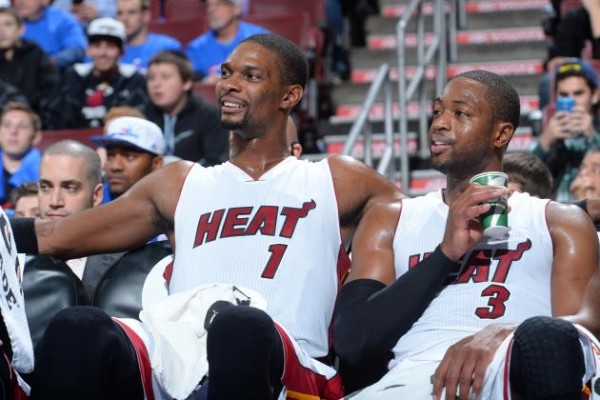 With free agency set to start on Friday, one of the biggest questions the Miami Heat is going to face is whether or not forward Chris Bosh is going to return to the court next season. That query alone may be the deciding factor for whether an All-Star free agent comes to Miami or not.

Fortunately for the Heat, fan-favorite Dwyane Wade has fully encouraged the comeback of Bosh. So much so, the guard “100 percent” expects Bosh to be back, per The Associated Press:

Not only is this an encouragement to Heat fans, but also to free agents around the league who may potentially be interested in signing with the Heat.

Wade and Bosh have been good friends since they came into the league. The two were drafted in the same class in 2003 and became teammates in 2010. For the past six years their friendship has grown stronger: sticking together after LeBron James left, being team captains and even vacationing overseas together with their wives.

If anybody knows what’s going on with Bosh, it’s Wade. Players across the association are more likely to trust the 13-year veteran — who wouldn’t lie — over any team executive or coach. Although Wade himself isn’t a lock to return to the Heat next season, he just may have done the team a huge favor.
[xyz-ihs snippet=”Responsive-ImagenText”]