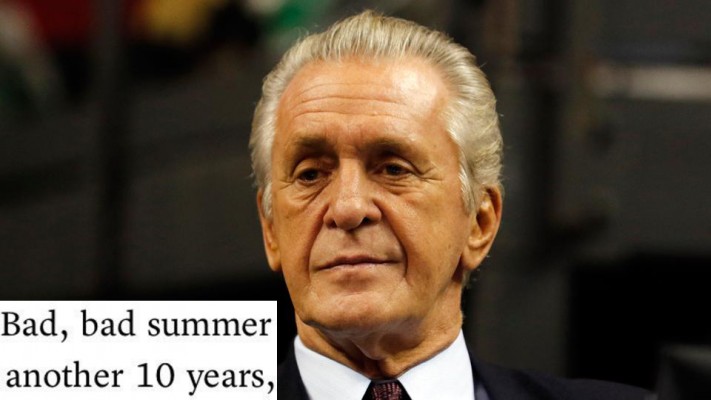 After weeks of a financial tug-of-war, and a two-year, $40 million offer from the Miami Heat, Dwyane Wade has reportedly agreed to a two-year, $47 million contract with the Chicago Bulls.

Obviously a big player in the negotiating on the Heat’s side was team president Pat Riley, who obviously wasn’t willing to budge from his initial offer.

After the three-time NBA champion announced his decision to join the Bulls, Riley had this to say to Dan Le Batard:

Quite a quote from Pat Riley to @LeBatardShow on @DwyaneWade heartbreaking exit. pic.twitter.com/VhYKEjDt75