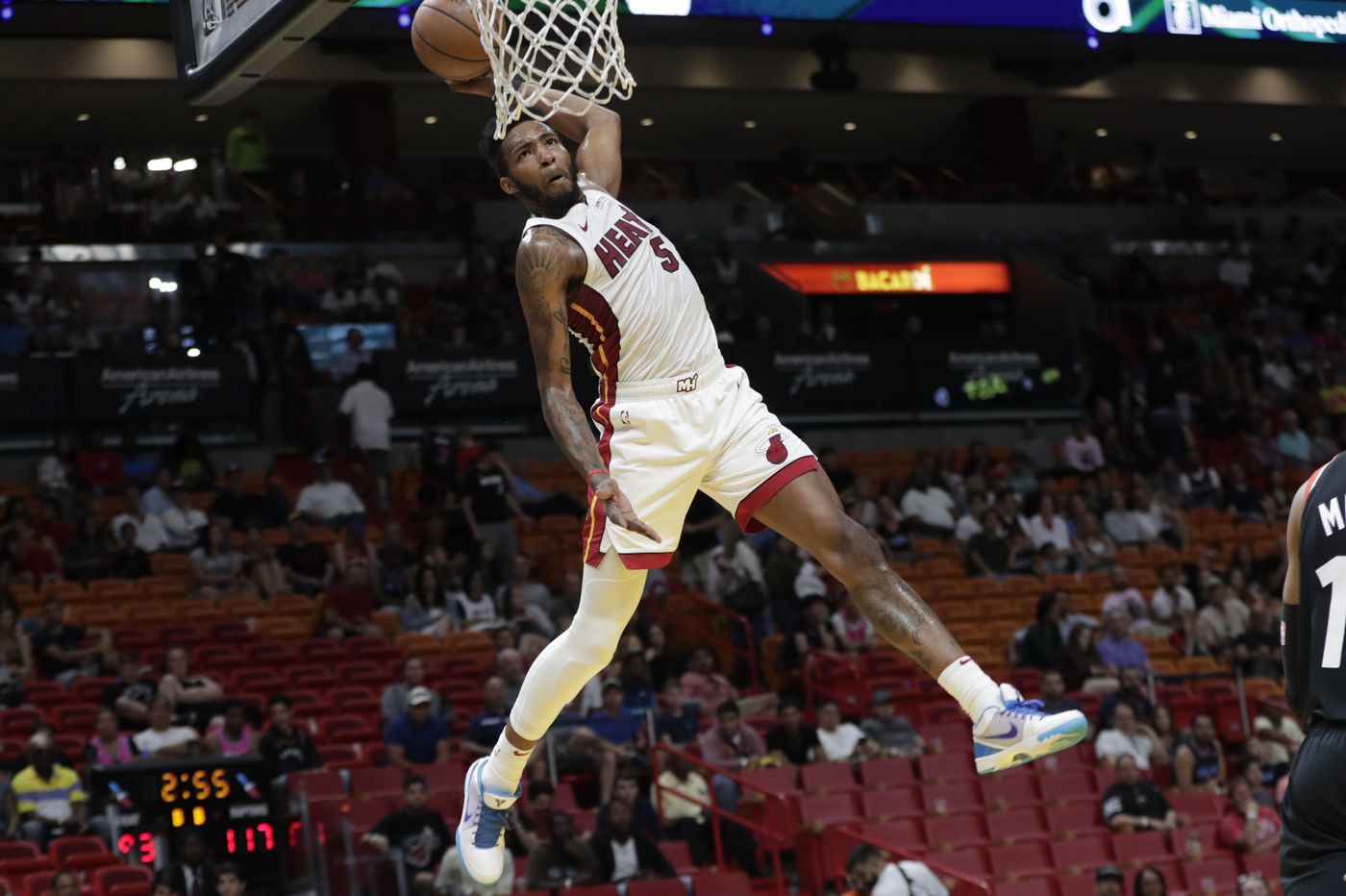 Miami Heat forward Derrick Jones Jr. had one of the best dunks of the 2018-19 season in Sunday’s loss to the Toronto Raptors.

The alley-oop dunk, which took place late in the fourth quarter, was caught after Bam Adebayo lobbed the ball up in the air. While the ball seemed somewhat off-target, forcing Jones to augment his body midair to complete the acrobatic display, it seems that’s exactly what Jones wanted.

“My teammates, they have this little thing that if I have a fast break and if I do a simple dunk, then I’m in trouble,” Jones said with a smile. “I mean, I don’t understand why it’s like that with me and not with Bam or J-Rich (Josh Richardson) or J-Dub (Justise Winslow), because they’re athletes, too.

“You all don’t see it, but I see it. They can jump out of the gym. But they just don’t like it when I do simple dunks on a break. So I told Bam to just throw the ball up as high as he can.”

Adebayo certainly threw the ball up as high as he could. If it wasn’t for Jones, the pass could have very well ended up in the stands. If you ask Winslow, that’s the exact kind of pass Jones and his teammates wanted to see.

“A bad pass always makes for a better lob,” Winslow said. “So shout out Bam for that, first off.

“But, yeah, we want to see all the YouTube and the hoop mix-tape dunks.”

As it turns out, it seems fans may have Winslow to thank for the incredible dunk almost as much as Jones.

“I mean, I have to blame J-Dub a little bit more, because he’s sitting right beside me,” Jones said. “So he’s like yelling in my ear 24/7, telling me like I’ve got to do it between the legs in a game. I think he’s crazy about that.”

The one downside of Sunday’s dunk is that it came in a double-digit loss to the Raptors. A Miami win would have further cemented its hold on the eighth seed in the Eastern Conference.

Luckily, the two main competitors for that final playoff spot, the Charlotte Hornets and Orlando Magic, also lost over the weekend.

Now, Jones and company will look to bounce back from Sunday’s lost in a game against the Detroit Pistons on Wednesday night.
[xyz-ihs snippet=”HN-300×250-TextnImage”]