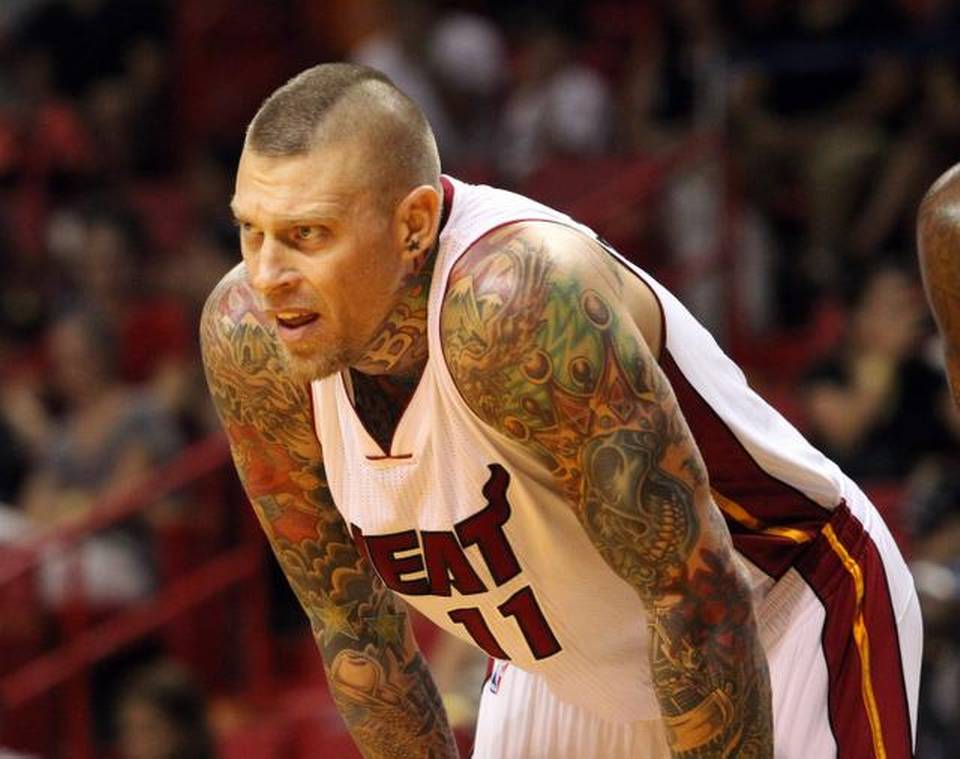 While the Miami Heat will look toward ending their two-game losing streak when they take on the Minnesota Timberwolves at home on Saturday night, they might be doing so without three of their rotation players.

Chris Andersen (ribs), Danny Granger (hamstring) and Udonis Haslem (quad) all continue to rehab injuries as the Heat embark on their third back-t0-back set of the season. Following Miami’s game versus the T-Wolves at home, they’ll take on the Dallas Mavericks in Texas on Sunday night.

Andersen has played in two games this season, but he continues to recover from a rib injury he suffered on November 1 versus the Philadelphia 76ers. He has missed the last two games, and even admitted to Joseph Goodman of The Miami Herald that his ribs need time to heal, via Twitter:

Birdman says his ribs are going to need time to heal.

Andersen remains doubtful for Saturday’s game. Coach Erik Spoelstra stated the following in regards to Birdman’s recovery from injury, via Shandel Richardson of The Sun Sentinel:

“Bird was actually able to do most of the practice [Friday]. We held him out of contact. He’s starting to feel better. He got a lot of good conditioning in.”

In regards to UD and Granger, both will be game-time decisions versus the Timberwolves, according to Richardson. Spoelstra remarked that Granger has been practicing lately:

“He was able to practice for two days so I like that. He was able to bounce back without any type of residual pain or anything from yesterday so that’s a good sign.”

While the team has been able to hold their own offensively without the aforementioned three players, it’s the size and depth that they provide that have been a missed asset. The Heat have struggled when it pertains to rebounding lately, having been beaten on the glass by the Charlotte Hornets, 49-36. Versus the Houston Rockets, the Rockets outscored the Heat in the paint, 36-18. Justin Hamilton, in just his 11th career NBA game, was forced to guard Dwight Howard for the majority of his 31 minutes played in the loss.

Both Haslem and Granger have yet to be active for a regular season game for the Heat this season.

If Andersen, Haslem and Granger are unable to play, Miami will have a short rotation at the big positions yet again, as Chris Bosh, Shawne Williams and Hamilton will be forced to carry the load for the short-handed Heat this weekend.
[xyz-ihs snippet=”Responsive-Ad”]