Don't Miss
Home / Media / Kevin Durant Breaks Down Tyler Herro’s Game: ‘This Kid Knows How to Do It’

Kevin Durant Breaks Down Tyler Herro’s Game: ‘This Kid Knows How to Do It’ 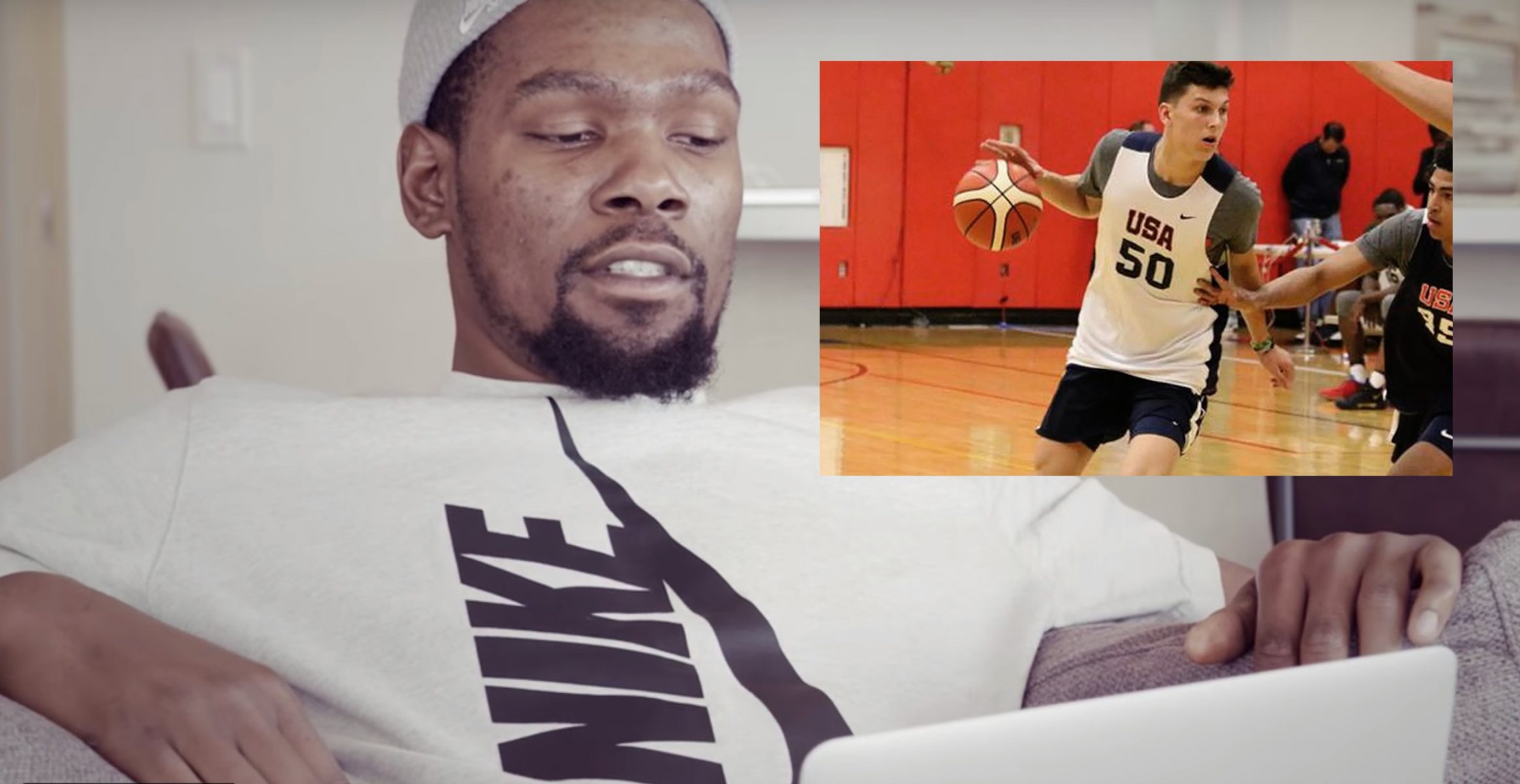 The Miami Heat likely did extensive scouting on Tyler Herro before selecting him with the No. 13 overall pack during last week’s draft.

As it turns out, all they had to do was talk to former MVP Kevin Durant, who sat down to break down Herro’s game back when he was a highly touted recruit headed to the University of Kentucky.

“Skills man, you got to have skills if you want to last,” Durant said while watching Herro. “The game, you got to protect your craft. You can’t just be out there jumping over everybody, you got to be able to shoot, dribble, pass. And this kid knows how to do it.”

He then reacted to Herro muscling his way into the lane despite having defenders draped all over him.

“Get your spot, pull it forward,” he said. “Shield well, he know’s how to score.”

If Herro did enough in high school to convince Durant that he was a prospect worth keeping an eye on, it’s fairly easy to understand why the Heat jumped at the opportunity to draft him.

Now, Herro will get the opportunity to carve out a spot for himself in Miami’s young and talented rotation.

While the Heat are not expected to make a big splash this summer in the free agency or trade markets, it looks like they already made a very strong addition to their roster thanks to the draft.
[xyz-ihs snippet=”HN-300×250-TextnImage”]