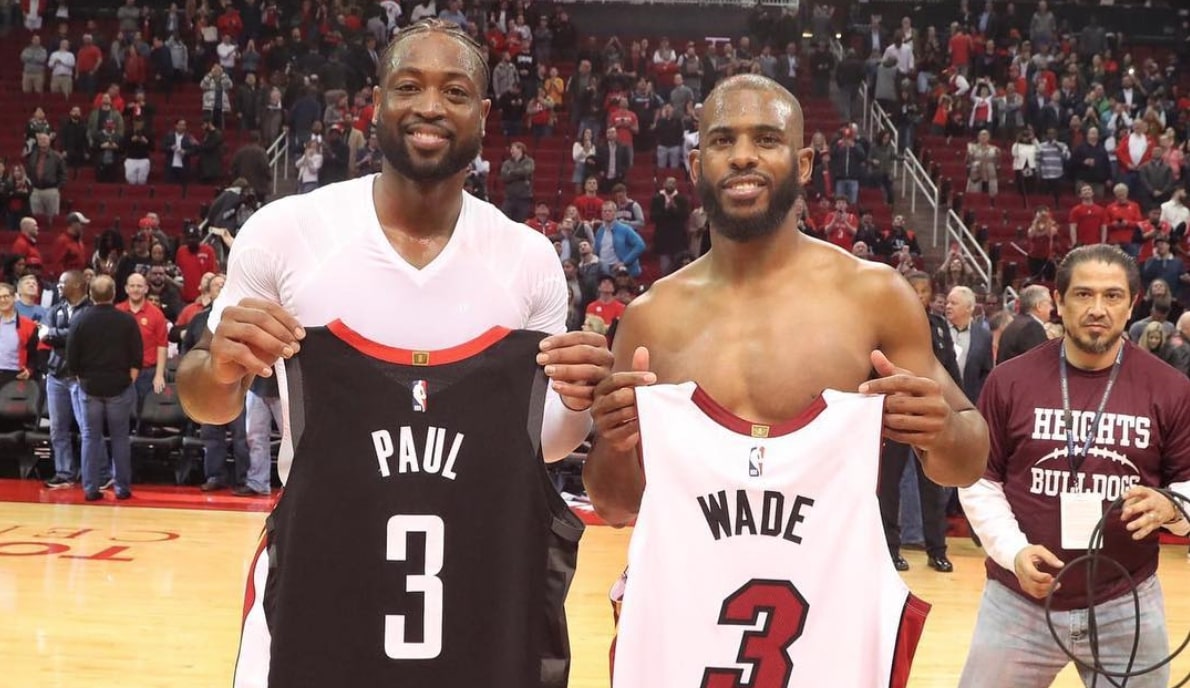 After swapping jerseys with him following the conclusion of the Thursday night matchup between the Miami Heat and Houston Rockets, Heat guard Dwyane Wade shouted out Rockets guard Chris Paul on Instagram.

Not only is @cp3 a legend he’s also my brother. Another great moment to add to this season for me. I’ve always loved competing against this dude because your gonna get his best everytime. This is definitely on the top of my list of things I’ll miss when i retire. #onelastdance #brotherhood #biggerthanbasketball

This was the 22nd, and likely final time, that the two superstars played against each other in the NBA. All 22 of their matchups came in the regular season, with Wade’s team coming out victorious in only seven of those matchups.

Although they entered the league at different times, Wade in 2003 and Paul in 2004, the two became close friends and form one half of the “Banana Boat Crew,” which also includes former Heat forward LeBron James as well as Carmelo Anthony.

Paul and his son showed up to Thursday night’s game sporting Wade gear.

As for the game itself, the Rockets won by a score of 121-118. Paul had 14 points, six rebounds and four assists, while Wade had 12 points, three rebounds, one assist and one steal.

So far this season, Wade has proven that he can still make an impact, averaging 14.3 points, 3.8 rebounds and 4.2 assists per game.

The Heat’s next game will be back in Miami on Saturday night as they take on the Brooklyn Nets. Tipoff is scheduled for 7:30 p.m. EST.
[xyz-ihs snippet=”HN-300×250-TextnImage”]