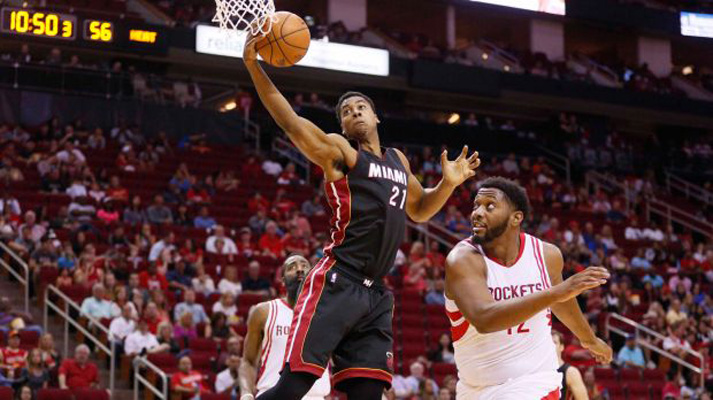 The discussion of Hassan Whiteside as a free agent isn’t coming to an end anytime soon.

With Whiteside having another statistically impressive season, the 26-year-old center is expected to command big money on the free agent market this summer. While Whiteside could conceivably receive a max contract offer from another NBA team, don’t expect it to come from the Miami Heat, according to The Sun Sentinel’s Ira Winderman:

“And I do not believe the Heat will go to the max for that very reason (recent struggles versus legit centers). I believe there is an envelope tucked away somewhere with a number on it. If Whiteside can get more and chooses to take that more elsewhere, then the Heat move on.”

The Heat already have big contracts devoted to Chris Bosh and Goran Dragic, and they will obviously have to set aside some money to re-sign Dwyane Wade when he becomes a free agent once again in July.

Whiteside is currently averaging 12.1 points, 11.1 rebounds and 3.8 blocks per game. While the Heat obviously like the young center’s style of play and potential, it’s getting more and more difficult to imagine a scenario where Whiteside returns to Miami in 2016-17.

Either Whiteside will have to accept a contract below his market value, or the Heat will have to allow Wade to walk. Neither scenario seems plausible.

One thing is certain—Whiteside isn’t getting a max contract from the Heat in 2016.
[xyz-ihs snippet=”Responsive-Ad”]