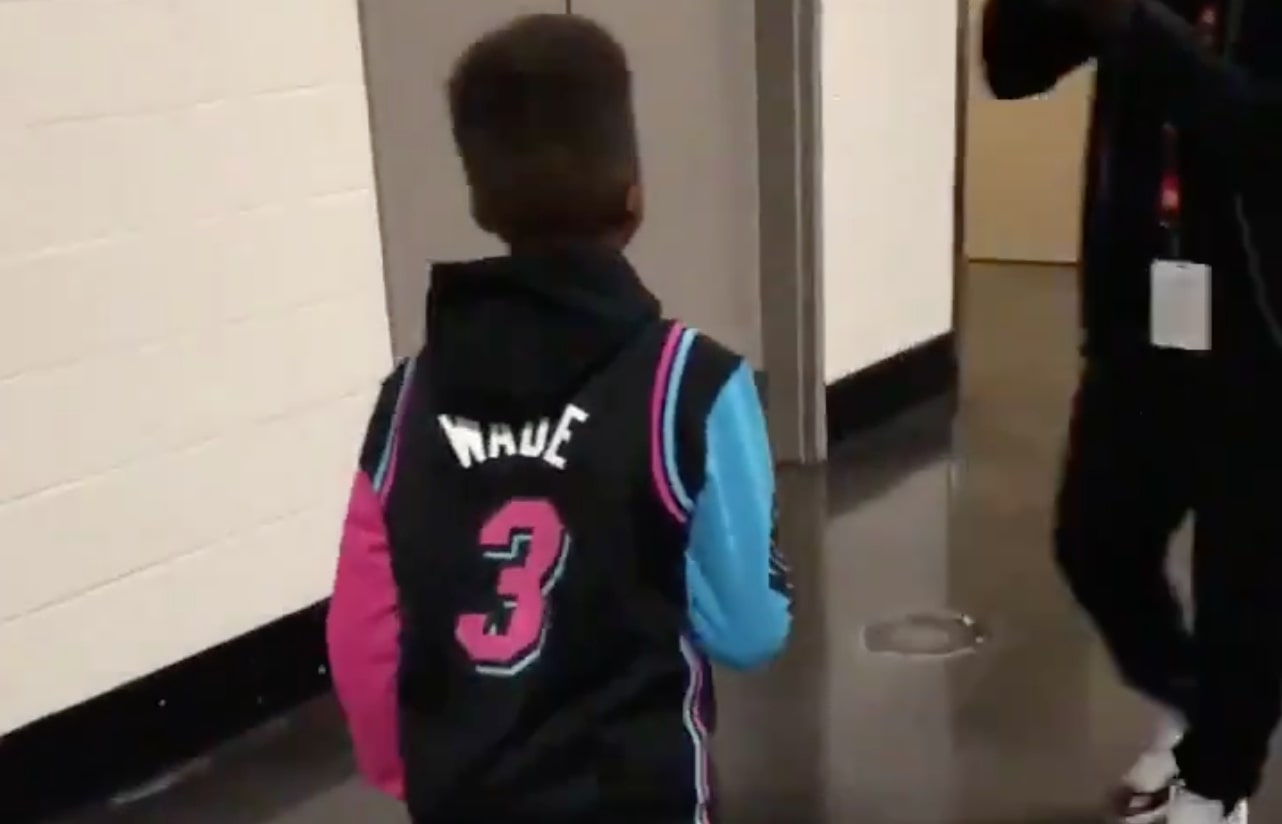 One of Wade’s closest friends, Houston Rockets guard Chris Paul brought along his son for the event, with both adorned in Wade gear as they arrived for the game.

Paul’s son amusingly makes note of the fact that this will be the only time that he’ll be allowed to wear a Wade jersey. The elder Paul also makes note of two other close friends, Carmelo Anthony and LeBron James, who will also presumably given the same honor when their final games against Paul arrive.

At present, that would keep them out of the postseason.
[xyz-ihs snippet=”HN-300×250-TextnImage”]