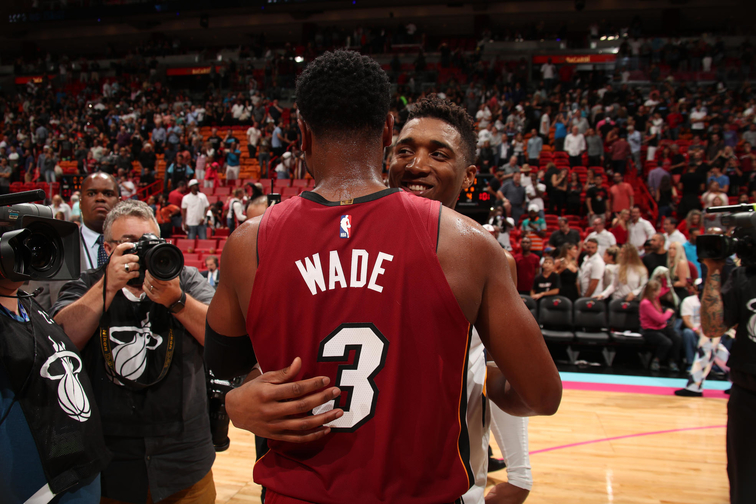 @spidadmitchell Yes Sir Lil Bro!!! Now go get everything else we talked about 🤝

While Wade offered no further clarification on his suggestion, it’s been clear for quite a while that the future Hall of Famer thinks highly of the 24-year-old Mitchell.

During Wade’s final season in the NBA, Mitchell was one of the many players that Wade chose to exchange jerseys with over the course of that season. Wade also spoke about how Mitchell’s ability surpassed his own, a remarkable statement given the scope of Wade’s career.

While no doubt humbled by Wade’s remarks, Mitchell has offered insight in the past about the deep relationship he’s been able to form with the former Heat star.

That relationship goes beyond the court, a fact that was evident when Wade and his son Zaire sent their best wishes to Mitchell after the Jazz guard had contracted the coronavirus earlier this year.

In recent months, there have been hints that Mitchell may be interested in joining the Heat at some point. That speculation came after he hung out with Heat players within the NBA bubble and was also seen working out in Miami.

The prospect of Mitchell in a Heat uniform doesn’t figure to occur anytime soon, if ever, but if it does, the bond between the elder Wade and Mitchell figures to get even closer than it is now.