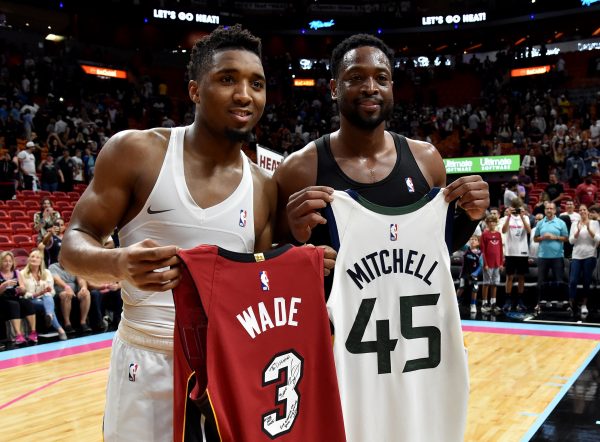 Sunday night, the Miami Heat notched their ninth win of the season with a 102-100 win over the visiting Utah Jazz. Dwyane Wade knocked down a pair of free throws with seconds remaining to seal the win for Miami.

After the game, Wade shared his thoughts on Jazz guard Donovan Mitchell:

As it turns out, the numbers say that Wade was indeed that good that young.

Mitchell certainly has his work cut out from him in order to live up to the praise bestowed upon him by the future Hall of Famer, but having a three-time NBA champion as an ally can’t hurt.

The University of Louisville product does, however, have one advantage over Flash: Wade has never won a dunk contest.
[xyz-ihs snippet=”HN-300×250-TextnImage”]

Ben is a former professional caddy and a lover of bad sports teams and overpaying players.