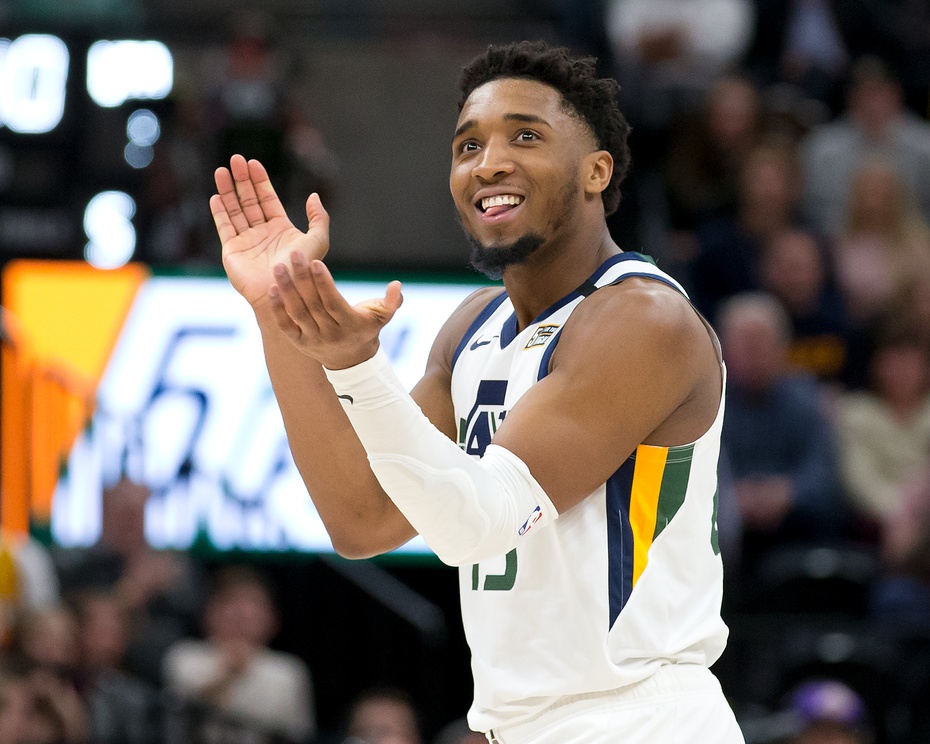 The NBA’s unique bubble in Orlando, Fla. allows players from different teams to spend time with each other.

As a matter of fact, Utah Jazz guard Donovan Mitchell has reportedly used some of his free time to hang out with Miami Heat veterans Andre Iguodala and Jae Crowder.

“For now, the players, by and large, seem to be enjoying each other’s company,” The Athletic’s Joe Vardon wrote. “They pass each other in the halls at the hotel, or hang out in the lounge — stocked with video games and ping-pong. Mitchell compares notes on wine with the Heat’s Andre Iguodala and Jae Crowder, and the [Los Angeles] Lakers’ Kyle Kuzma and the [New Orleans] Pelicans’ Josh Hart.”

Mitchell, 23, was named an All-Star for the first time in his career this season. The youngster is one of the emerging faces of the NBA.

The NBA suspended the 2019-20 season on March 11 after Jazz center Rudy Gobert contracted the novel coronavirus. In addition, Mitchell was infected with the scary virus.

As a result of Gobert being careless about his actions prior to him testing positive, a strong rift reportedly formed between the two stars. Of course, trade rumors started to fly with Miami being an attractive destination for the University of Louisville product.

While there’s currently little substance to the speculation, Mitchell appears to be getting friendly with players on the Heat’s roster.

The guard is good friends with Heat big man Bam Adebayo, a fellow lottery pick from the 2017 NBA Draft. Furthermore, Mitchell has a strong relationship with Heat legend Dwyane Wade.

Now, it seems Mitchell is acquiring advice from Iguodala and Crowder. Crowder played alongside Mitchell in Utah for parts of two seasons.

The 2019-20 season finally resumes on Thursday.