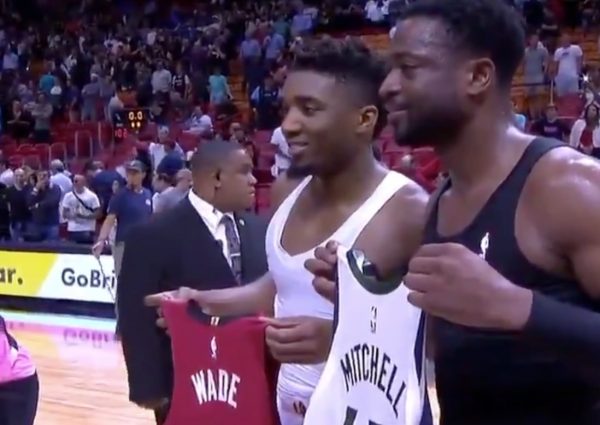 Wade announced his retirement, effective the end of this season, back in September. That’s led to a steady stream of players wanting to have a lasting memory with the future Hall of Famer. Along the way, opposing teams and their fans have also taken time to pay tribute to Wade during Heat road games.

The Heat managed to eke out a 102-100 win over the Jazz on Sunday. The victory improves Miami’s record to 9-13 on the year. The two teams will play for the second and final time this season when the Heat visit Utah on Dec. 12.
[xyz-ihs snippet=”HN-300×250-TextnImage”]