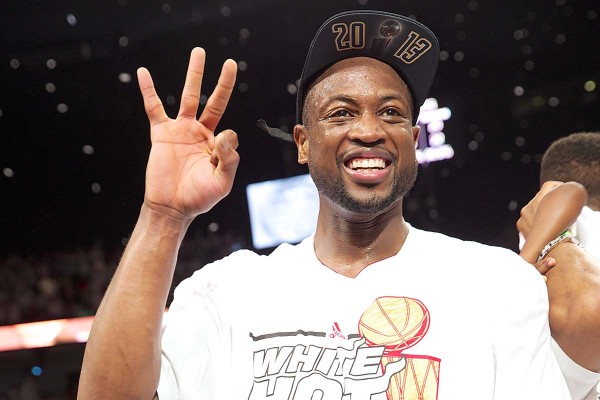 After 13 unforgettable seasons with the Miami Heat, legendary shooting guard Dwyane Wade will return to American Airlines Arena on Thursday night for the first time since signing a two-year contract worth $47 million with the Chicago Bulls over the offseason.

It should be quite an emotional night for Heat fans across the globe, but Wade wants everyone to remember all the great memories during his time in Miami rather than the difficult decision he made over the summer to join the Bulls.

“If you’re not in this business, it’s hard to understand,” Wade said Monday to ESPN’s Nick Friedell. “But I don’t even want them to understand. I want them to appreciate what we accomplished together. I want them to cheer for their team that they have, support those players over there that’s giving their all. Support the future of the organization and be thankful that we all was able to experience an unbelievable ride together. That’s all you can do.”

Wade hopes he will get an overwhelmingly positive reception from Heat fans on Thursday night, but he isn’t 100 percent sure that will be the case.

“You never know how you’re going to be received,” he said. “But I did everything possibly right in my time there. So hopefully I’m received (for) what I’ve given to the franchise, organization. But at the same time, you never know. You might hear a boo or something at some point. Everybody don’t like you. You got to understand that. But I think overall it will be positive.”

Although Wade thinks he might get emotional over the reception he gets from Heat fans, his focus remains steadfast on getting his Bulls a win on the road.

“I think I’ll definitely be appreciative of the moment,” he said. “I think it’s going to be cool just to see familiar faces. I think it’s going to be cool to see love and support and (people) just being thankful for what you did. Unless you’re just cold-blooded, everybody’s going to feel something with that. At the same time, it’s not like my retirement ceremony where I can get a chance to get real emotional. I’m trying to come in there and beat their butt. And they’re going to try and beat our butt, so we got to get to the competitive part of the game as well.”

With high hopes heading into Thursday night’s game, Wade reiterated that he is excited to step foot into American Airlines Arena once again and face his old teammates.

With regard to the current state of the Heat, Wade says he still pays attention to what the Heat are doing in their games and says they have a ton of potential to be great again soon under the likes of center Hassan Whiteside, forward Justise Winslow and guard Tyler Johnson.

“I definitely watch when I get an opportunity to watch them play,” he said. “One, because it’s a lot of my young guys over there. I want to see them succeed. I want to see Tyler and Justise and all those guys take that next step. I want to see how Hassan is going to respond to everyone saying this and that about him since he got paid. So I watch that as someone who knows them, then I watch the game as a fan and I watch it as a competitor. I watch it so many different ways.”

Thursday night’s contest between the Heat (2-4) and the Bulls (4-3), which is scheduled to tip off shortly after 8:00 p.m. ET, will be broadcast nationally on TNT.
[xyz-ihs snippet=”Responsive-ImagenText”]