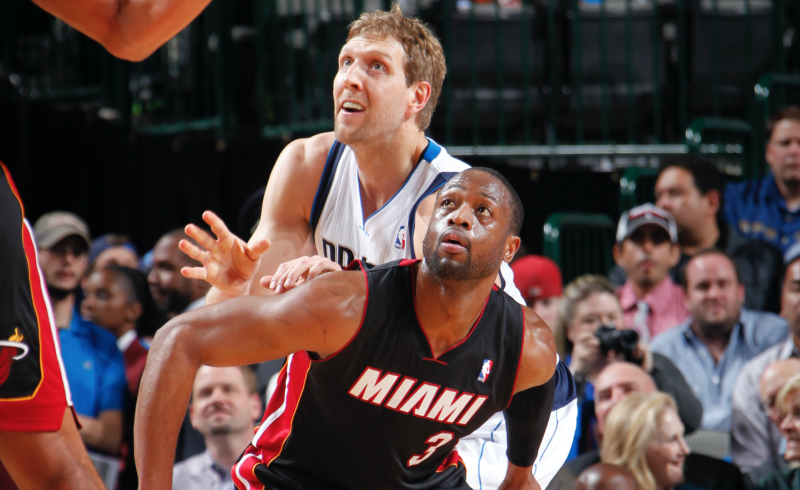 Miami Heat guard Dwyane Wade is closing out a Hall of Fame career and Dallas Mavericks power forward Dirk Nowitzki is expected to do the same. With one meeting left between the two legends on Thursday night, the final score in that contest will forever break the deadlock that’s seen each player win 17 of their previous 34 matchups. 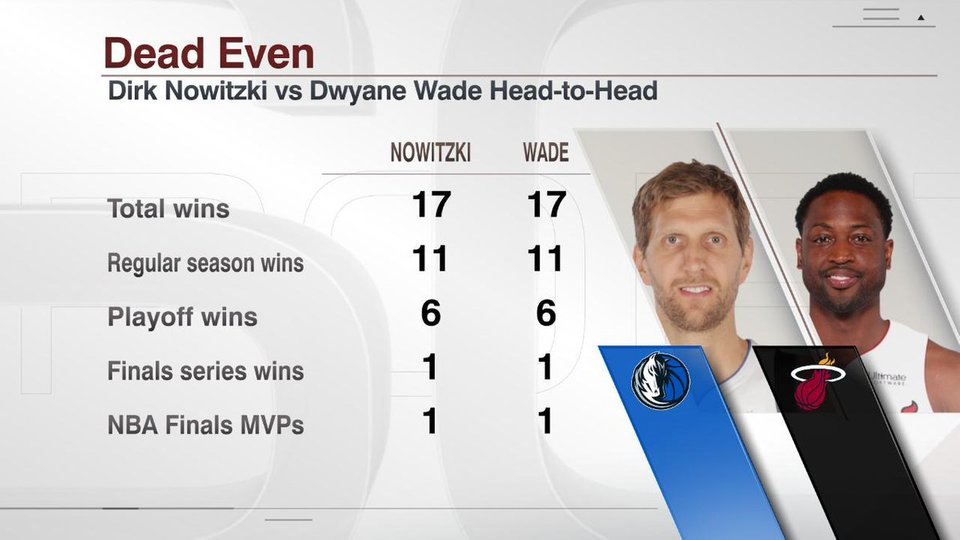 The Heat and Mavericks have twice faced off in the NBA Finals, with each team capturing a title. In 2006, the Heat came back from a 2-0 deficit and ran off four consecutive victories to win their first-ever title. Wade was a central figure in that comeback and was rewarded by being named MVP of the Finals.

Five years later, the Mavericks got their revenge, coming back from a 2-1 deficit to win three straight and capture their lone title. Nowitzki was the main force in helping the Mavs win and was tabbed as Finals MVP.

The two players’ likely final seasons have unfolded in slightly different fashions. Wade has received accolades from across the NBA landscape as part of his “One Last Dance” retirement tour. In addition, a postgame ritual has seen opposing players exchange jerseys with him.

Nowitzki has also received loud cheers, standing ovations and other tributes during road contests this season, despite having previously rejected the idea. That’s because unlike Wade, he hasn’t completely ruled out a comeback, even though he would be 41 years of age when the 2019-20 season begins.

While Dallas is out of the playoff picture, the Heat are currently in the midst of a furious race to capture one of the final berths in the Eastern Conference. That means that while Wade would like to break this deadlock in his favor, his top focus is in simply picking up a badly needed win.
[xyz-ihs snippet=”HN-300×250-TextnImage”]