Retired Miami Heat legend Dwyane Wade echoed the thoughts of the team’s fans when he welcomed back Jimmy Butler after an extended absence from the court. 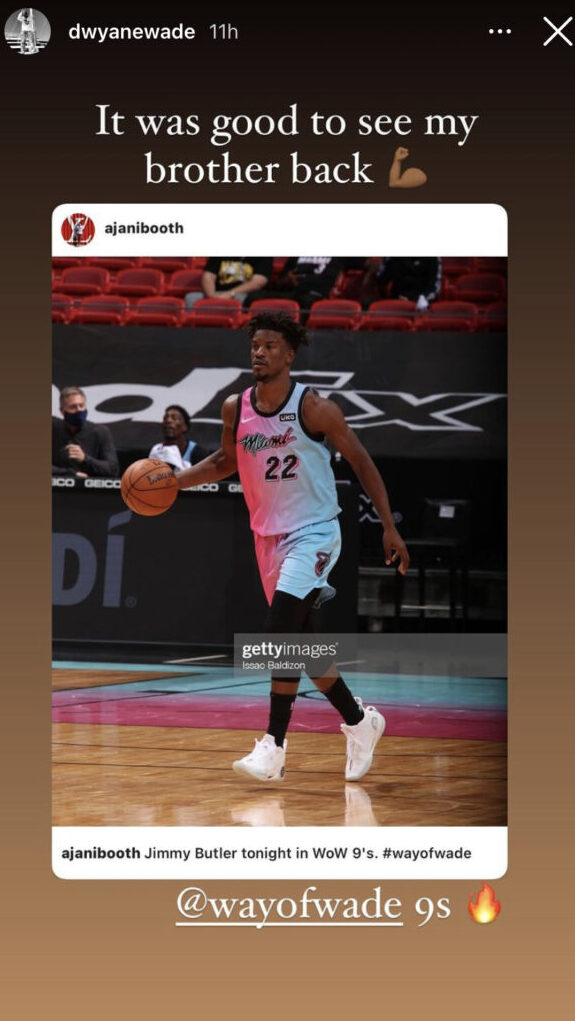 Butler had been absent from the previous 10 Heat games due to health and safety protocols related to the COVID-19 pandemic. His noticeably thinner frame sparked some speculation that he had contracted the highly contagious virus.

It’s clear from Butler’s performance in Saturday’s 105-104 victory over the Sacramento Kings that his presence is absolutely vital to making the Heat championship contenders. The Heat win snapped a frustrating five-game losing streak and a 2-8 stretch that coincided with Butler being unable to play.

In addition to his 30 points, eight assists and seven rebounds, Butler managed to connect on the game-winning basket in the final minute of play and even found time to deliver some trash talk from the foul line.

Wade has been one of Butler’s biggest supporters over the years, with the good friends bonding over their shared connection of playing collegiately at Marquette University. The two also played together with the Chicago Bulls during the 2016-17 season.

Having Butler back in the Heat lineup offers hope that the early struggles of the team will fade and it can again challenge for an NBA title.

The next test for Butler and the 7-12 Heat is a home matchup on Monday night against the Charlotte Hornets. It’s the fourth contest in a six-game homestand.