Report: Jimmy Butler has lost more than 12 pounds in a week 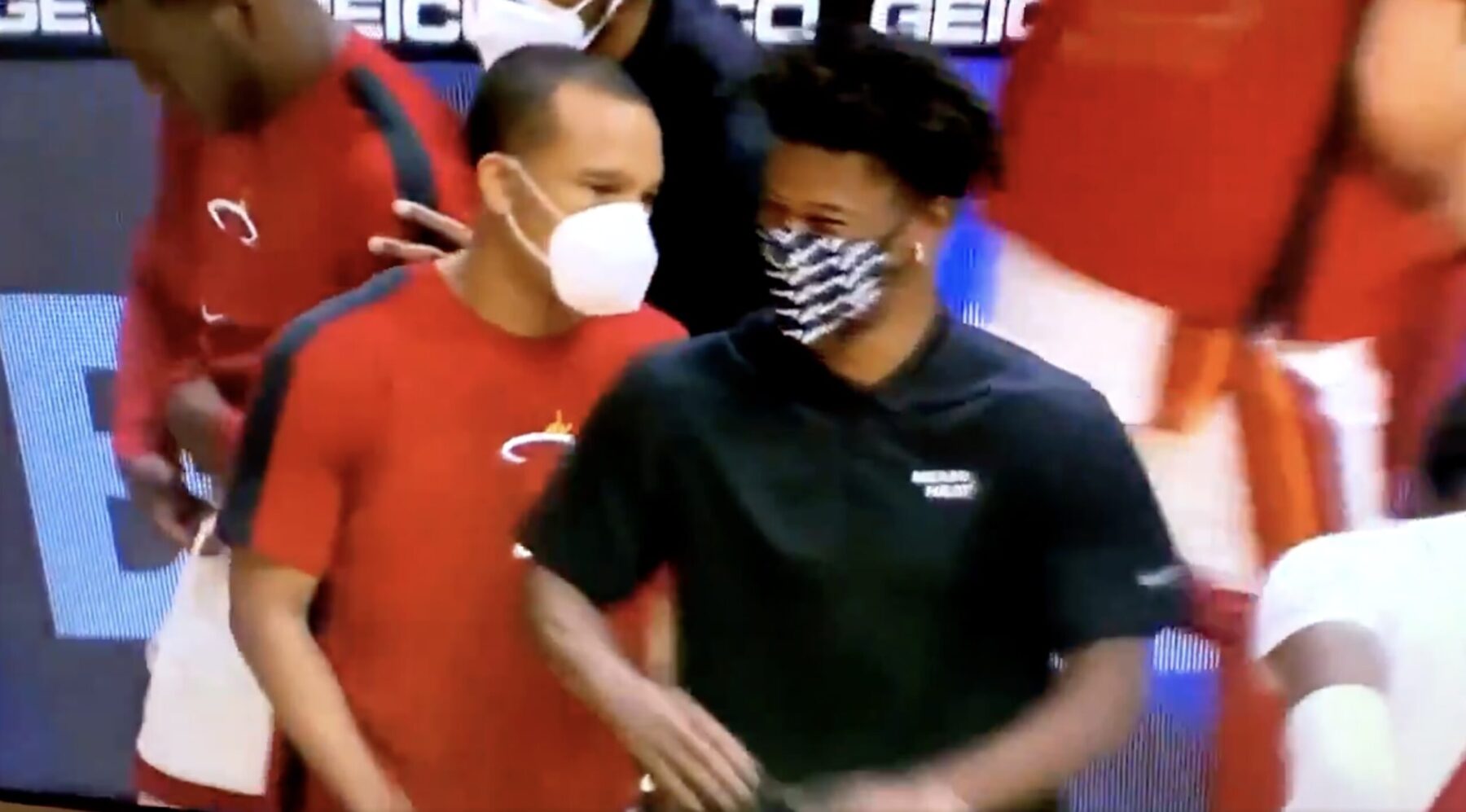 A disturbing new report from an NBA insider indicates that Miami Heat star Jimmy Butler has lost over 12 pounds in the span of just one week.

Ethan J. Skolnick of Five Reasons Sports appeared on the “Five on the Floor” podcast and indicated (at the 16:20 mark) that Butler has experienced dramatic weight loss after sitting out the last nine games due to the NBA’s COVID-19 health and safety protocols.

“He (Butler) lost more than a dozen pounds in roughly a week,” said Skolnick. “Again, everybody can read into that how they like.”

Visual evidence of Butler’s thinner frame could be seen on Wednesday night, when Butler was on the bench with his Heat teammates.

Good to see Jimmy Butler at least back with his Heat teammates on the bench. pic.twitter.com/9AJLeJTexg

The 31-year-old Butler last took the court on Jan. 9 and has missed the Heat’s last nine games, with the weight loss no doubt fueling speculation that the veteran has actually contracted the highly contagious virus.

There’s no current indication exactly when Butler will be able to return to the lineup, but his presence would be a welcome sight for the beleaguered Heat.

The aforementioned safety protocols have had a severe impact on the Heat, with Wednesday night’s loss to the Denver Nuggets marking their fourth consecutive defeat and seventh loss in the last nine contests for the team.

Butler’s fiery passion no doubt has him eager to return to the court, but the Heat want to make sure he’s fully healthy before he makes his return. In addition, he would have to clear the protocols that have kept him off the court.

The 6-11 Heat will have a tough challenge to try to end their current losing streak with a Thursday night road matchup against the Los Angeles Clippers up next.