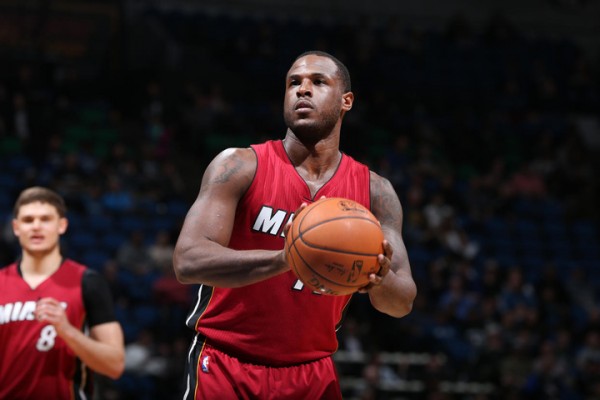 The Miami Heat‘s injury woes continued in Wednesday night’s season opener against the Orlando Magic when starting shooting guard Dion Waiters left the game during the third quarter to get his left ankle treated.

Waiters has dealt with injuries to the same ankle in the past. He missed the last 13 games of last season and was still dealing with the lingering injury when he reported to training camp in September.

Waiters returned to the court later in Wednesday’s game and went on to score seven of his 15 total points in the fourth quarter, but that doesn’t mean there isn’t reason for concern. Following the game, Waiters lamented his recurring ankle issues.

“I didn’t sprain anything until I got here, three times,” Waiters said. “It’s weird. Just guarding and trying to get through a screen, a guy kicked my foot and tweaked it a little bit. I’m not going to make it a big thing right now.”

He went on to explain how he was able to overcome the aggravation during the game to try and help the Heat get the win.

“Mind over matter,” he said. “I wanted to get the win, so I can’t be limping and do all that type of stuff and show weakness. At the end of the day, that’s not who I am. But we just got to keep strengthening it and whatever, and just take care of it. That’s all I can do.”

Ultimately the Heat fell to the Magic 116-109, but the NBA season is a marathon, not a race. Head coach Erik Spoelstra knows that, and while he surely doesn’t want to rush Waiters’ recovery, he was fairly positive following the game.

“We’ll evaluate when we get back,” he said. “But he was moving well after he was re-taped. We’ll just have to see.”

Waiters played the most minutes of any Heat player on Wednesday with 38. Along with his 15 points, he added four assists, two steals, and one block in the game.

The Heat are already dealing with several injuries on their roster and the last thing they need is for Waiters, a dependable scorer and team leader, to miss significant time. The injury could have implications for Waiters’ bank account as well, as he would earn a $1.1 million bonus if he plays in 70 of 82 regular-season games this year.