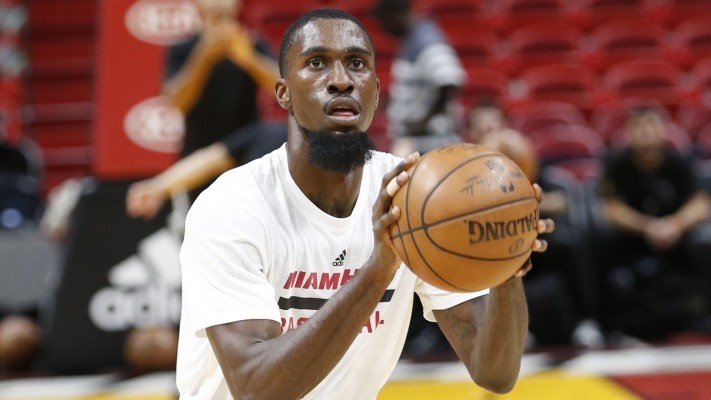 The Miami Heat are just hours away from facing off against the Orlando Magic in their season opener. Forward Okaro White, however, will have to wait to get his first regular-season minutes.

Last season, White averaged 2.8 points and 2.3 rebounds in 35 games. His career with the Heat began last year when he was first signed to two 10-day contracts midseason before being offered a two-year deal with the Heat.

While White wasn’t expected to play a huge role for the Heat, his absence will force other players like James Johnson, Kelly Olynyk, and Justise Winslow to potentially play more minutes.

There is no solid timetable for when White will be able to return to the Heat’s lineup. Hopefully he won’t have to wait too long before officially beginning his season.
[xyz-ihs snippet=”HN-300×250-TextnImage”]