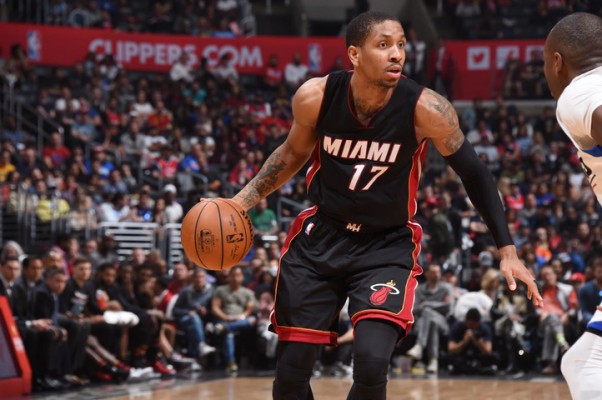 After being diagnosed last week with a stress fracture in his left tibia, Miami Heat forward Rodney McGruder underwent a successful 90-minute surgery on Tuesday. The rehabilitation involved will likely take a minimum of three months, with the possibility of McGruder being forced to sit out the season.

The injury, which the 26-year-old McGruder originally attributed to shin splints, received an official diagnosis after last Wednesday’s preseason win against the Washington Wizards. However, the possibility of missing the entire year isn’t part of his current mindset.

“I’m just going to attack the rehab and try to get the most out of that so I can be ready when everything heals up,” McGruder said. “They haven’t really told me too much. Just got to take it a day at a time. I don’t want to really look at the big picture and say months and things like that. I just want to attack it one day at a time and get better every day.”

That level of aggressiveness gives Heat head coach Erik Spoelstra confidence that McGruder will be able to contribute during the 2017-18 campaign. Spoelstra was also encouraged by the relative brevity of the 90-minute surgery that was performed at Miami Orthopedics & Sports Medicine Institute at Doctors Hospital.

“Surgery went very well. It was successful,” Spoelstra said. “It was even shorter than anticipated and he’s already recovering. He’ll start the recovery rehabilitation process literally in less than a week. Knowing Rodney, we’ll have to just make sure we protect him from himself because he’ll want to come back sooner than anybody in the history of that injury.”

The injury was especially frustrating to McGruder, who had seemingly turned the corner in what has been a long climb to establish himself in the NBA. Four years ago, he went undrafted, with international ball and summer league tryouts taking up most of the next three seasons. Last year, he was a free agent who stuck with the Heat and nearly garnered a spot on the All-Rookie team.

That near-recognition came following a season in which he had led an injury-plagued team in games played with 78, starting 65 of those contests. He finished scoring 6.4 points per game, in addition to contributing 3.3 rebounds and 1.6 assists to Miami’s 41-41 season that came up just short of a playoff berth.

Past history when it comes to McGruder’s specific injury doesn’t necessarily offer a great deal of hope that he’ll make it back until at least after the All-Star break. Both Jrue Holiday and Javale McGee missed a good portion of the 2013-14 NBA season, though Spoelstra is confident that McGruder will buck that trend.

“Whatever you say the timetable is, Rodney is going to get back sooner,” Spoelstra said. “We just have to make sure that he comes back at a healthy, successful and really intelligent rate.”

The Heat begin their season on Wednesday night when they travel to face their in-state rivals, the Orlando Magic.
[xyz-ihs snippet=”Responsive-ImagenText”]