Earlier this week, Miami Heat legend Chris Bosh was named a finalist for the 2021 Hall of Fame class.

On Thursday, the big man thanked former Heat teammates Dwyane Wade, LeBron James and Udonis Haslem in response to the congratulations they sent the 11-time All-Star. 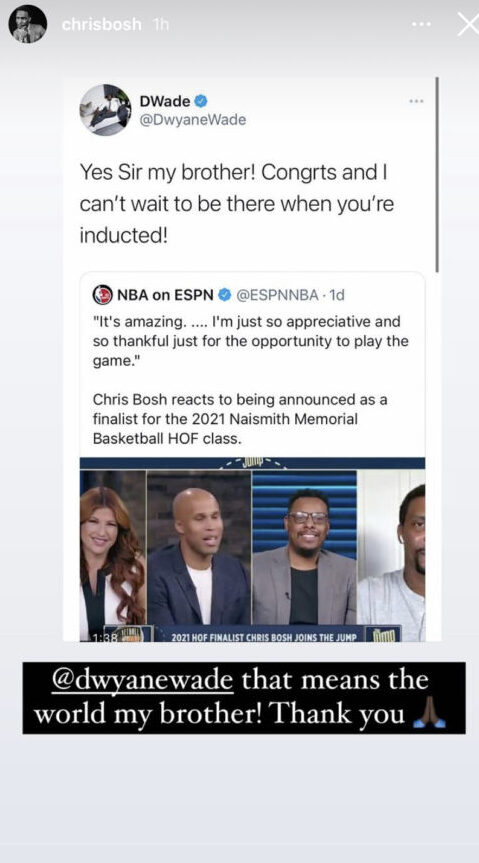 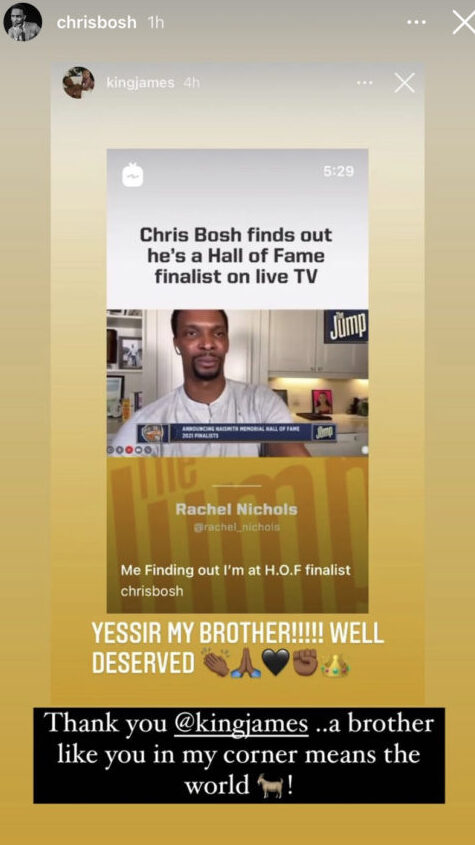 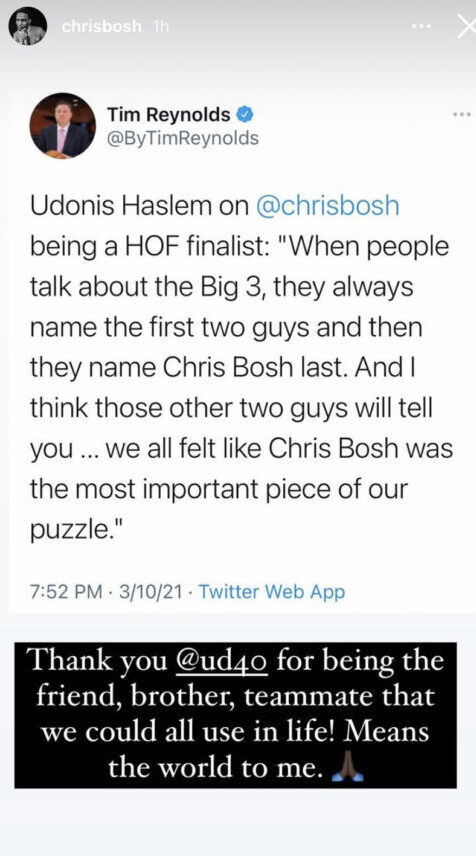 Bosh, 36, is arguably one of the most underappreciated big men of the last couple of decades in the NBA.

Of course, he flew under the radar during his years with the Heat. Bosh was third in line behind Wade and James during the Big 3 era.

The veteran held career averages of 19.2 points and 8.5 rebounds per game. Unfortunately, his career came to an early halt due to blood clots.