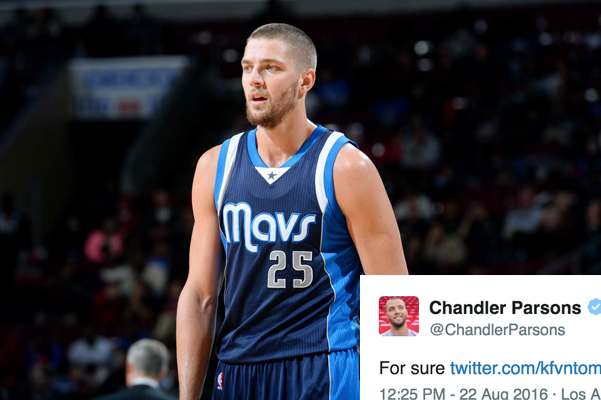 Does Chandler Parsons want out of Memphis already?

Probably not, but during a Twitter Q&A with some fans he said he would be open to playing for a couple of Florida teams in the future.

@ChandlerParsons would you ever play for another Florida team like the Miami Heat or Orlando Magic? ??

Parsons, a Florida native, played at Lake Howell High School in Winter Park, FL and then went on to play at the University of Florida under Billy Donavon. He was was the SEC Player of the Year his final year in Gainesville.

The 6’9″ forward signed a lucrative four-year, $94 million with the Memphis Grizzlies during the past offseason. With the Miami Heat having filled their cap space with NBA journeymen, the only way Parsons would be in a Heat uniform anytime soon would be through a trade, which is highly unlikely.

Since Parsons has bounced around the league in his first couple years, we won’t rule out the possibility of him playing for the Heat in the future.
[xyz-ihs snippet=”Responsive-ImagenText”]