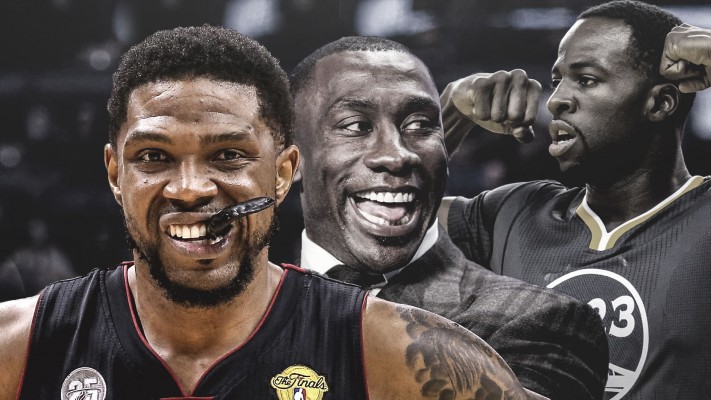 There’s never a quiet day in the NBA.

That’s why when news broke out that an altercation took place between Cleveland Cavaliers center Tristan Thompson and Golden State Warriors forward Draymond Green, the NBA world went wild. The two heavyweights, who just battled in the 2018 NBA Finals for the fourth straight year, had had multiple issues with each other and push finally came to shove in person.

Numerous players and media personalities shared their opinions on the big men’s scuffle. Even Miami Heat forward Udonis Haslem chipped in on the drama, and didn’t hold back in his analysis:

@shannonsharpe84 keeping it a trillion on this one. Let me just make this clear. I don't got no issues with Draymond Green but what I will say is now a days people be talking crazy on that court. I've heard disrespect from men towards other men that people know they wouldn't say on the streets. If u ain't bout that or ready to get it in when u see the man you disrespected then just play ball and kill him with your game. I don't promote violence but I also don't promote disrespecting another man. If you ain't, u never know when u gon have to hang that 2pc up!!!????? #og

Haslem, one of the NBA’s toughest players, vehemently shared his disgust for players who talk crazy on the court but don’t back it up off the court. Green, who is a notorious trash-talker, obviously wasn’t willing to back his words up in person. The 2017 NBA Defensive Player of the Year refused to shake Thompson’s hand after the Finals and said the two rivals were cut from a different cloth.

Although the 38-year-old Haslem is from a different generation, the three big men are all passionate and have competed at the highest level. In the NBA Finals, the emotions of intense players reach a whole other level. The Heat legend knows the most about that.

In Haslem’s 11 postseason trips, the veteran has had dozens of clashes with other notable guys, including Kevin Garnett, David West, Tyson Chandler, Tyler Hansbrough and more.