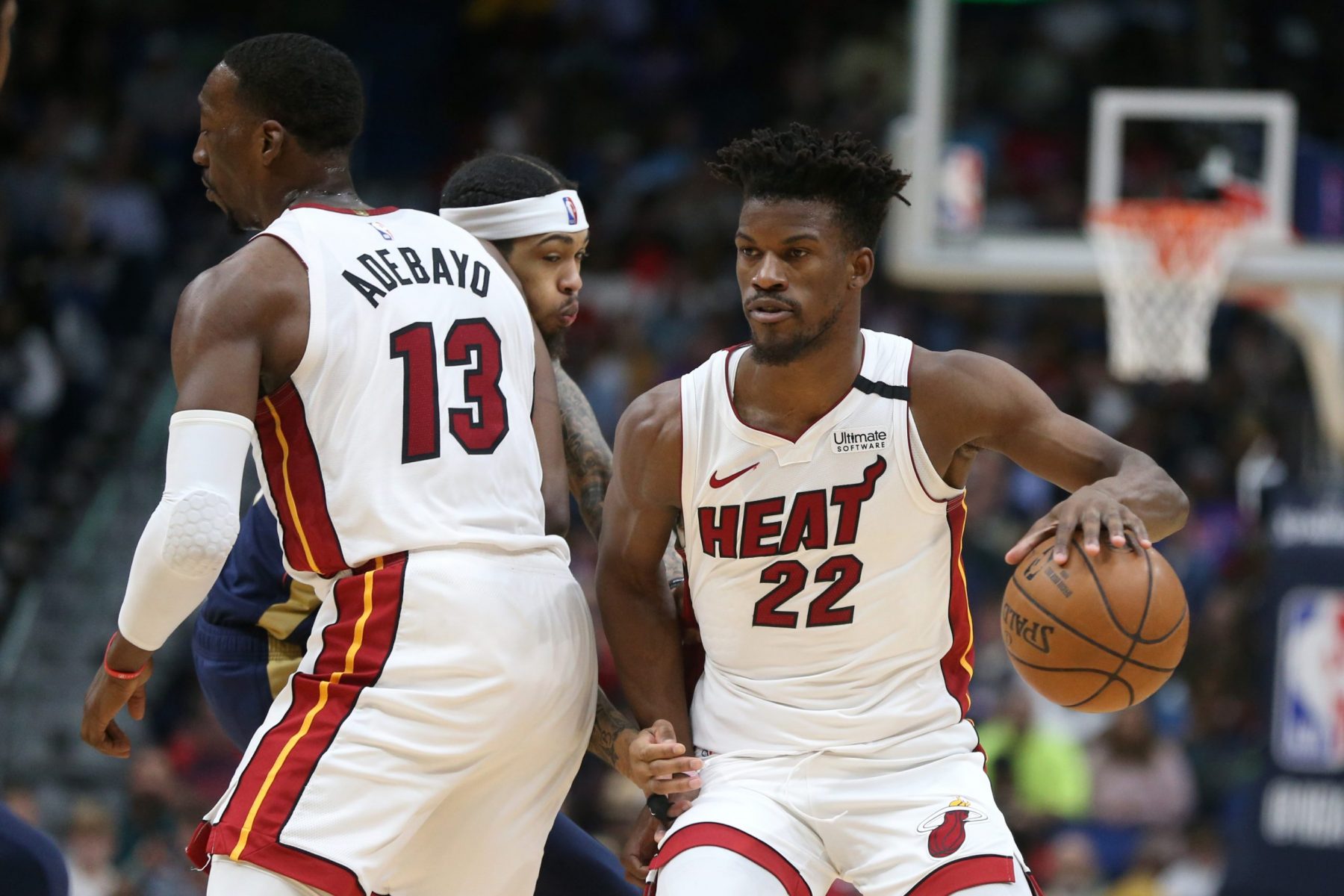 Miami Heat star Jimmy Butler recently called out his teammates for being soft after a handful of losses.

Big man Bam Adebayo defended Butler for his comments and challenged the media for dramatizing the issue.

“Do me a favor, too,” Adebayo said. “Can you all switch that narrative, ‘Jimmy called out the team’?

“If you listen to the interview, he said, ‘we,’ so can you switch the narrative Jimmy says ‘the team,’ as in ‘we’, as in all of us, not just he’s saying it and it’s the team’s fault?”

While Butler used to have a label of being a bad teammate during other stops in his career, he has been wholly appreciated in Miami.

During his postgame presser on Sunday, Adebayo mentioned how a narrative created by the media can cause implosion.

“Because that’s how locker-room arguments start,” Adebayo said of such passion interpreted out of context. “You never know how people feel about it.

“So that’s all I’m saying. Switch the narrative to where it makes sense, and not chop off a little piece and make that the title. Like I get it’s your job, but that’s how locker-room arguments starts.

“Jimmy basically was saying we all weren’t playing well, not just the other people, you know what I mean?”

Adebayo, 23, was also recently at the center of some Butler’s critical comments.

On Sunday, Adebayo answered the call in a big way versus the Brooklyn Nets. The University of Kentucky product put up 21 points, 15 rebounds and five assists in a huge victory.

Most notably, Adebayo hit the game-winning shot at the buzzer to put the Nets away by a score of 109-107.

The Heat are big believers in Adebayo. He’s putting up a career-high 19.0 points and 5.2 assists on top of 9.3 boards and 1.1 blocks per game this season.

The Heat take on the Houston Rockets on Monday night.