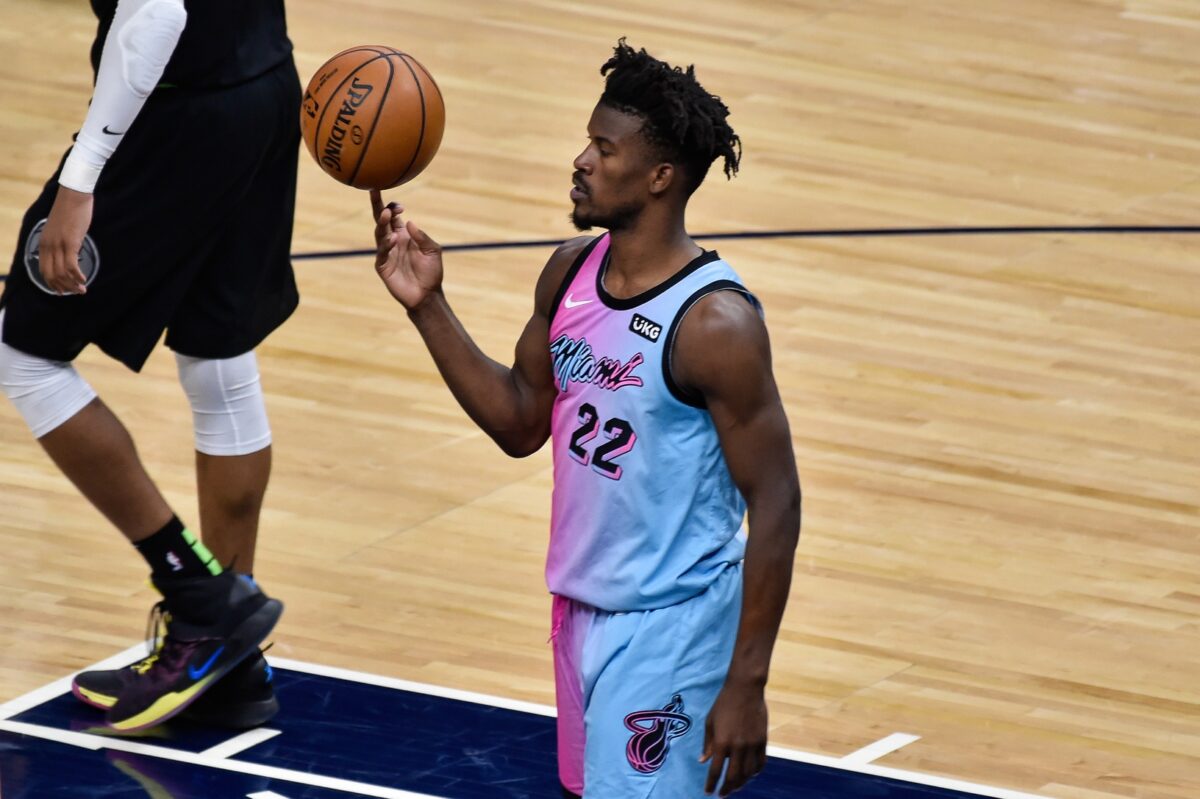 An angry Jimmy Butler challenged his Miami Heat teammates, accusing them of being “soft” after losing their third consecutive game, a 119-111 road defeat to the Minnesota Timberwolves.

Jimmy Butler on the rebounding issues, "We're just being soft . . . scared of some contact. Soft overall."

The loss ended a brief four-game Western road swing that had begun promisingly with a win at Portland, but concluded with a defeat against one of the worst teams in the NBA.

Butler has never been shy about calling out teammates with any of his three previous teams. Members of the Heat have been on receiving end of such barbs before, but it was Butler’s ferocious competitive instinct that helped drive the team to the franchise’s first berth in the NBA Finals since 2014.

One of the reasons for Butler’s aggravation was because the Heat entered the fourth quarter of Friday night’s game with a 93-88 lead and were outscored 31-18. When it came to rebounding, the Timberwolves won that battle, 45-33.

Butler certainly made every effort to pick up the win, contributing a double-double with 30 points and 10 rebounds, along with eight assists.

The loss dropped the Heat to 28-28 on the year with one month left in the regular season. Butler’s motivational push was undoubtedly meant to serve as a wakeup call to the Heat who have a tough Sunday afternoon battle against the Brooklyn Nets next on tap.