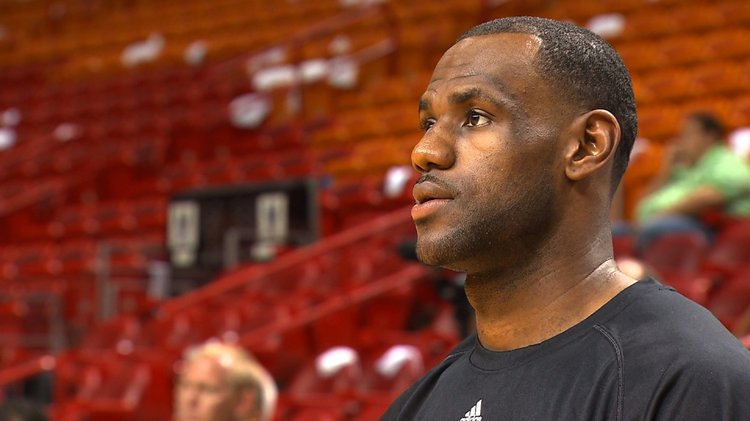 So many different sources from the likes of ESPN, Fox Sports, and Bleacher Report, so many different reports. Although, most signs are pointing towards a Cleveland Cavaliers homecoming, I just don’t know what to believe anymore regarding the LeBron James Sweepstakes.

I know that most of you don’t want to hear it, but my gut instinct is telling me that LeBron is headed back home. Exactly four years ago today, James made his decision to team up with Dwyane Wade and Chris Bosh to play on the Miami Heat and here we are today. LeBron is supposedly supposed to announce his decision sometime this week. Here are some interesting tweets from around the league surrounding the buzz:

Marc. J Spears of Yahoo! Sports reported that Wade and James had dinner and then partied last night in Las Vegas.

LeBron James & Dwyane Wade had dinner at LAVO in Vegas late last night with some friends before going to Marquee Night Club, a source said.

Ira Winderman of the Sun Sentinel reported that LeBron was meeting with Pat Riley today in Las Vegas, but was quickly rebuttled by Chris Broussard of ESPN.

League Sources: LeBron James’s meeting with the Heat will take place tomorrow (Wednesday) in Las Vegas. There was no meeting today

And finally, Jeff Zillgitt and Sam Amick of USA Today reported that Pat Riley is extremely confident that the Big Three will remain with the Heat.

“This much is clear: Riley is confident James, Chris Bosh and Dwyane Wade will return, according to people who have had phone conversations with Riley in the last week. The people spoke to USA TODAY Sports under the condition of anonymity because of the sensitive nature of the conversations.

Of course, Riley’s confidence doesn’t guarantee anything. But right now, he isn’t scrambling.”