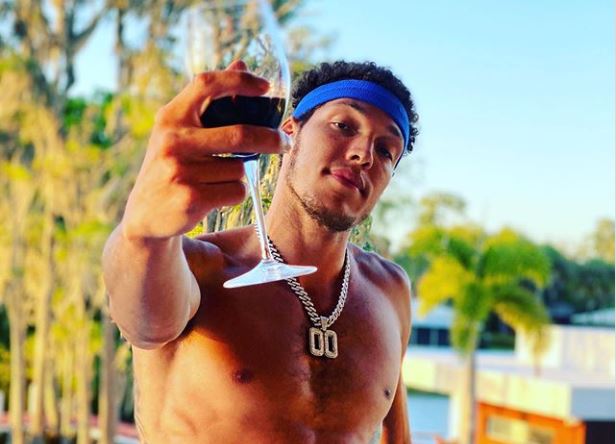 The drama surrounding Dwyane Wade’s scoring at the 2020 NBA Slam Dunk Contest may be coming to an end.

Now, Gordon has responded with a social media post of his own.

According to the high-flying forward, the supposed beef he has with Wade is actually all in good fun.

It ain’t that deep tho lol 😂😭 im just having fun expressing myself. Hope everyone is staying safe during these chaotic times. I SEE YOU YOUNG OG the wine was a 10/10. @dwadecellars Thanks legend… ALBUM ON THE WAY #wine

As a clear sign of peace, Gordon not only raised a glass of wine to Wade, but even indicated in the post’s caption that the wine itself comes from Wade’s own Wade Cellars.

Surely, this lighthearted post will put an end to what seemed to be a growing rivalry.

All that’s left now is for former Heat forward Justise Winslow to explain himself. On Monday, Wade’s former teammate took to social media to say that Gordon should have consulted him before writing his “9 Out of 10” song.

Winslow indicated that he would have helped written lyrics about Wade that would have cut a bit deeper because he knows “how to get in his head.”

Given Winslow and Wade’s relationship, chances are good his post was almost entirely a joke.

While it seems like this drama is coming to an end, NBA fans everywhere can thank Gordon, Wade and Winslow for a little bit of fresh entertainment as the NBA season continues to face postponement due to the novel coronavirus.