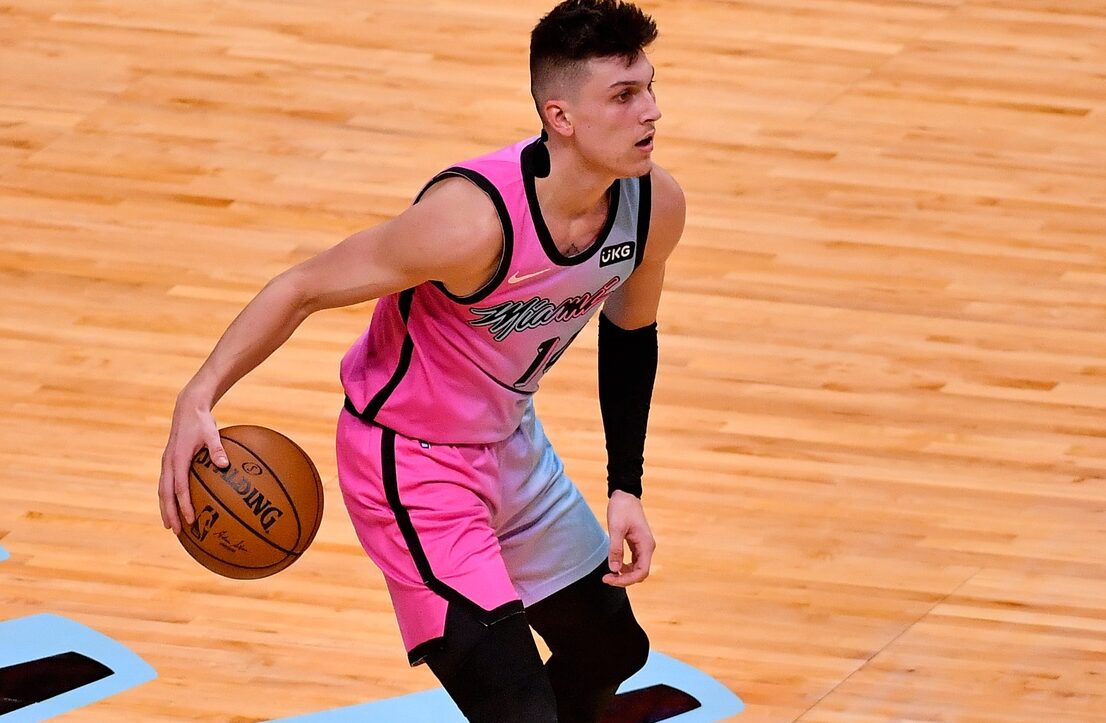 Miami Heat guard Tyler Herro is listed as questionable for the Heat’s Monday night road game against the Oklahoma City Thunder after suffering a hip injury during Saturday night’s clash against the Los Angeles Lakers.

Tyler Herro (hip) is listed as questionable by the Heat for Monday vs. Thunder.

Herro suffered the injury during the first half of the Lakers contest and was limited to just 14 minutes of action, finishing with five points, four rebounds and three assists.

During last season’s playoffs, the 21-year-old Herro also dealt with a hip issue, but managed to continue helping the Heat reach the NBA Finals for the first time since 2014.

Last month, a neck injury kept Herro off the court for seven games and he also was forced to sit out the Feb. 11 road game against the Houston Rockets due to the NBA’s health and safety protocols related to COVID-19.

Earlier this month, Heat head coach Erik Spoelstra shifted Herro from the starting lineup into a sixth-man role, with no discernible drop in his on-court production. Against the Golden State Warriors, Herro compiled a double-double with 11 points and 15 rebounds, while also contributing four assists and three blocks.