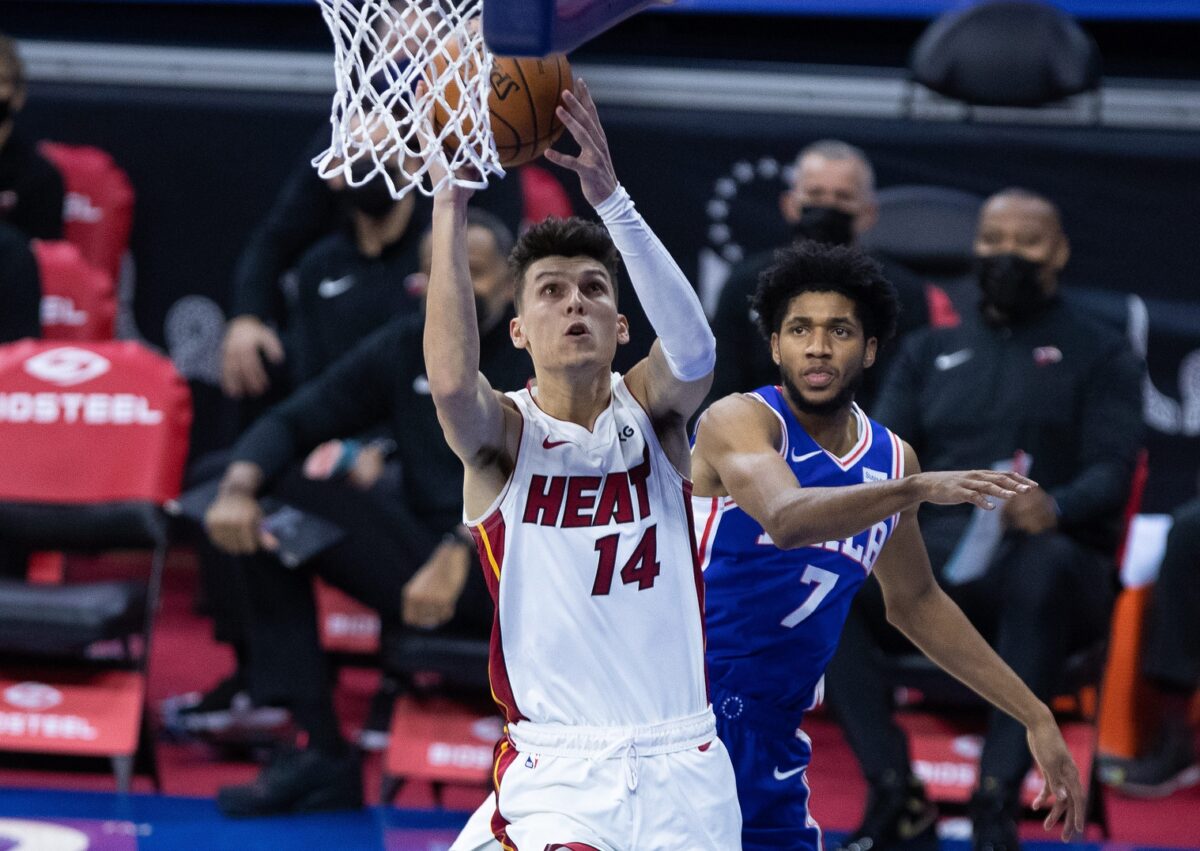 Miami Heat guard Tyler Herro reportedly is going to be out a little while longer.

Herro, who is dealing with a neck injury, reportedly won’t be playing Miami’s game tonight against the Toronto Raptors.

He is also expected to miss Miami’s next two games against the Brooklyn Nets.

Tyler Herro (neck) is again out tonight for Heat. He has been sent back to Miami and will also miss finals two games of trip on Saturday and Monday vs. Nets.

This means that Herro’s absence will now be a minimum of six games.

The Heat are dealing with the injury bug and are without star Jimmy Butler due to health and safety protocols.

Miami has won two straight, but it will need to get healthy as the season goes on.

Herro is in the midst of a solid sophomore season, as he is averaging 17.6 points, 6.7 rebounds and 3.8 assists per game.

Hopefully, Herro will get the treatment he needs while Miami finishes up its road trip and be able to rejoin the team sometime next week.

Featuredmiami heatNews Tickertyler herro
← Previous Story Report: Miami Heat to use dogs to screen for COVID-19 as they begin welcoming fans back into arena
Next Story → Report: Jimmy Butler, Tyler Herro and Avery Bradley will not join Miami Heat on road trip