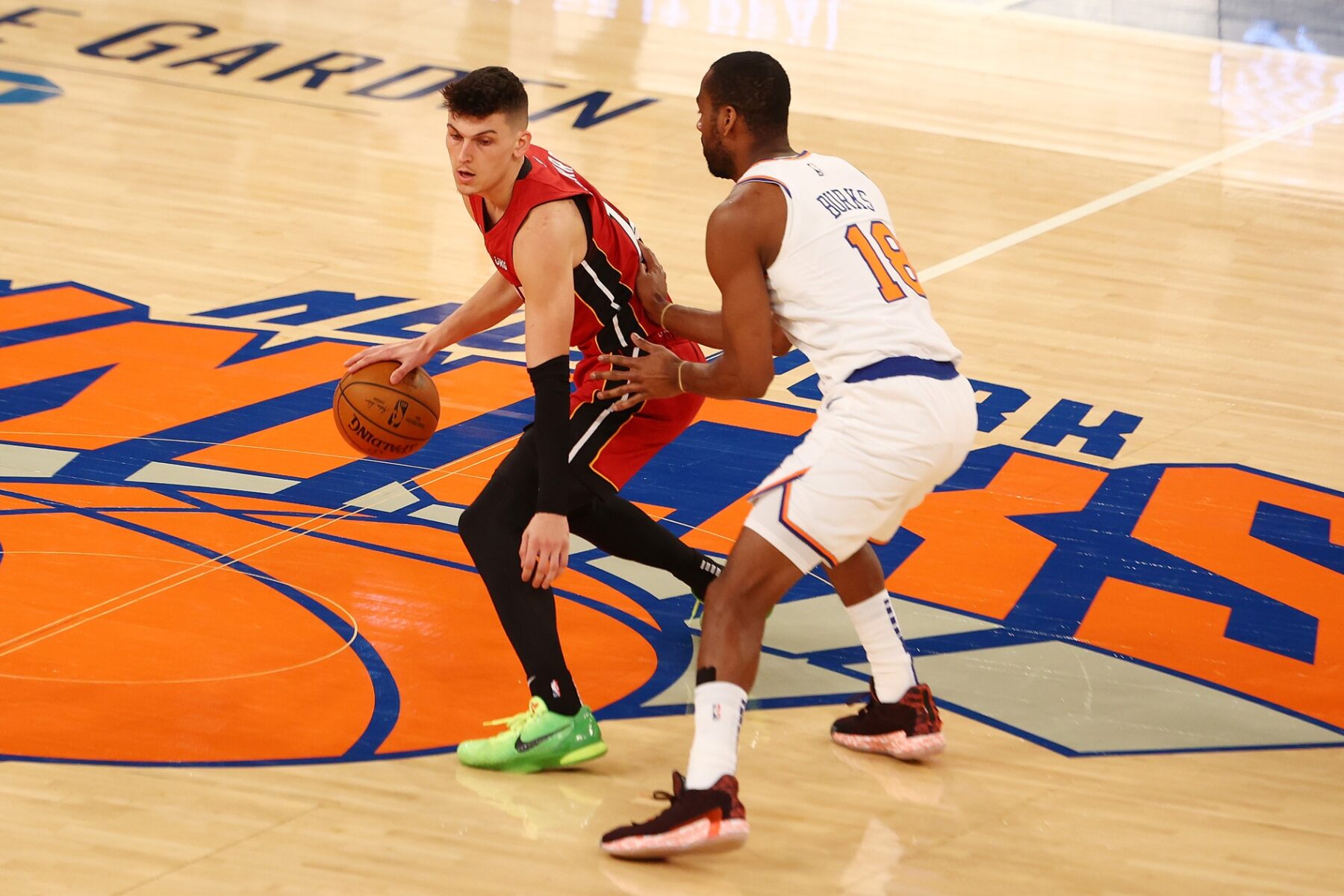 The Miami Heat have gotten off to a very rough start this season, and the circumstances have necessitated quite a few changes to their lineup.

Herro on his role: “So be it. The really good teams, everyone stars in their role. I started as starter now I’m ‘sixth man’, I just wanna star in my role.” pic.twitter.com/Zgkquew4Gx

Like many of his teammates, Herro has missed multiple games this season. Having many key players in and out of the lineup on a daily basis has no doubt contributed to the Heat’s dismal record.

Herro is continuing to play well despite coming off the bench. On Sunday he had 16 points in Miami’s 109-103 win over the New York Knicks.

When Spoelstra moved Herro to the bench, he made it clear that it was not an indictment of the University of Kentucky product.

Although the Heat still aren’t at full strength yet, they are healthier than they were less than two weeks ago, as team leader Jimmy Butler has been back for several days now.

As a result, there is a small glimmer of hope for the team, as it has now won back-to-back games.