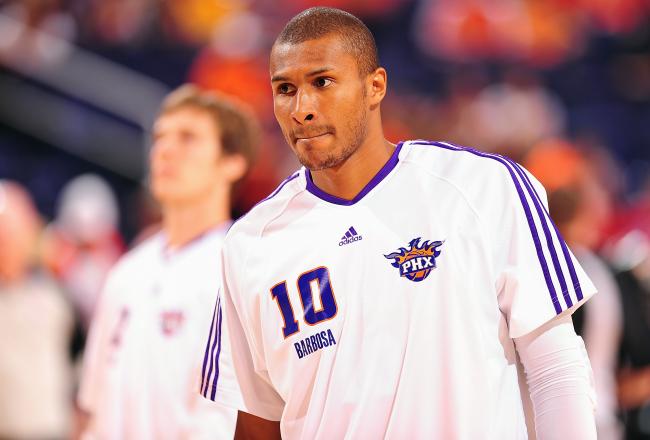 As the Miami Heat look to fill out the rest of their training camp roster — Miami currently has 16 players heading into training camp, with a league maximum of 20 — it looks as if former Phoenix Suns guard Leandro Barbosa has indicated interest in playing for the Heat.

There’s mutual interest between Leandro Barbosa and the Miami Heat, according to league sources. Don’t be surprised if he signs with them.

Although Barbosa is nearing the tail end of his prime, he could really add to the Heat’s second unit with his speed and scoring ability. Barbosa averaged 7.5 points in 18.4 minutes of action on the Suns last season and is currently playing for Brazil in the FIBA World Cup.

Say what you want about Barbosa, but he would fortify the spot behind Dwyane Wade that currently has rookies Tyler Johnson and James Ennis serving as backups.

If Barbosa were to sign with the Heat, he would have to sign on a league minimum, and most probably a non-guaranteed deal. Training camp starts next month and with the addition of Leandro Barbosa, the roster size would increase to 17 players. The Heat must reduce their roster size to a league maximum of 15 players by opening night.

Here is a video highlighting one of Barbosa’s better games last season: