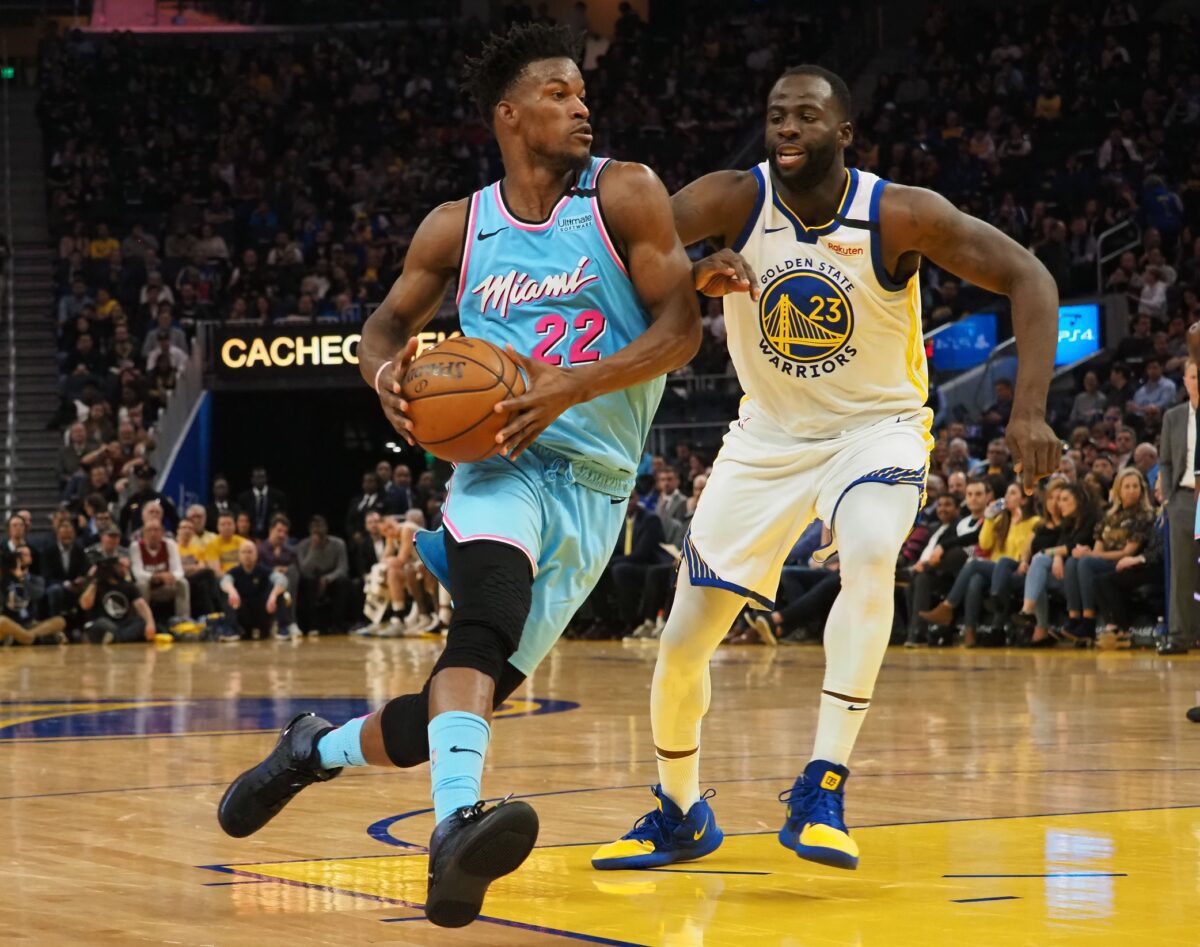 Later, Golden State Warriors star Draymond Green agreed with McCollum on Twitter, noting that the partnership between Butler and the Heat has been phenomenal.

They said he was a bad teammate because he wanted to win. Smh… He found a group that want to win just a bad. He actually made that group want to win as bad as him. Found some Indians that just needed a chief. It’s fun to watch. https://t.co/smoV4xswPS

Butler, 31, has been picking up a ton of praise lately.

After all, the Heat are one win away from reaching the NBA Finals. They hold a 3-1 series lead over the Boston Celtics in the Eastern Conference Finals.

The Heat acquired Butler in a trade last offseason. He subsequently signed a four-year, $142 million contract with the franchise.

Prior to coming to Miami, Butler played with the Chicago Bulls, Minnesota Timberwolves and Philadelphia 76ers. The veteran led all of those teams to the playoffs in different stints.

Yet, the bad teammate label followed him to Miami.

The Heat take on the Celtics in Game 5 of their third-round series on Friday night.