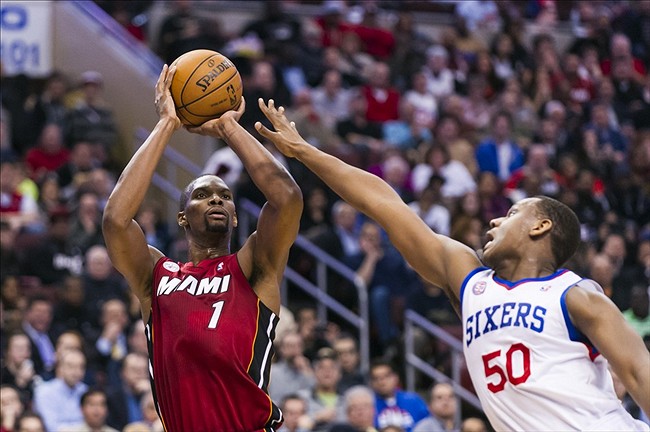 Chris Bosh needs the Heat team doctors to clear him before he can officially play, but that doesn’t mean he has stopped working his way back into playing shape. In fact, Bosh has made it a point to publicize his workouts through social media. It’s clear that he believes he’s ready to play this season and that’s good news for Heat fans.

A healthy Bosh is still one of the most dynamic big men in the game. His ability to shoot mid- to long-range jumpers makes it difficult for traditional big men to guard him. He can still finish at the rim with his speed and battle in the post with the best centers in the league.

However, his greatest asset is his defense. When he was sidelined last year with the recurrence of blood clots, the team’s defensive rating jumped from 100.6 to 103.2. With all the new faces in the lineup, Bosh’s leadership and steadiness on the court will be a huge reinforcement to look forward to.

Next: A Faster-Paced Offense