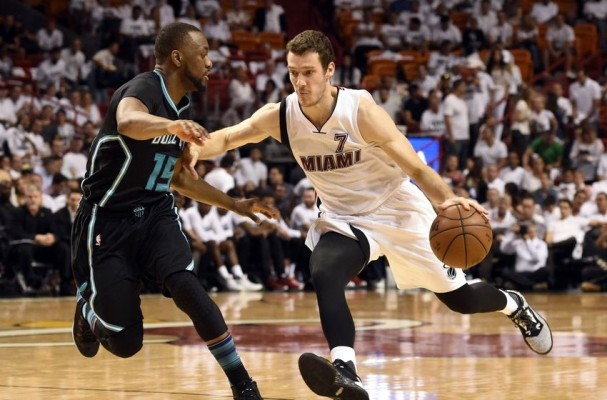 This year brings the promise of speed. As much as Heat fans loved Wade, he was one of the biggest reasons that sometimes the offense slowed to a crawl. Most of the time this had to do with an offense that was designed with Wade as the focal point. Head coach Erik Spoelstra is no longer bounded by those schemes.

“When you’re pushing the tempo and attacking, that’s a fun style. It makes sense for us to maximize Goran (Dragic), Hassan (Whiteside), and Justise’s (Winslow) strengths. Their strengths are their speed, their athleticism. Young players gravitate to Goran. They want to play that style,” said Spoelstra.

His new roster is loaded with fast, young players that are ready to run. There is no question that the Heat’s pace will be drastically different from years past and that should allow the offense to score more points. In the past two years the Heat have ranked near the bottom of the league, 27th and 23rd respectively, in points per game, but this new offensive pace should help change that in a hurry.

Dragic is going to benefit the most from this new style of play. We will know more about Spoelstra’s new system when training camp begins, but it’s a safe bet that he will make sure that Dragic is the focal point of the offense. This season the quick-footed guard will have the best chance in his Heat career to prove that he is worth the five-year, $90 million contract he signed two summers ago.