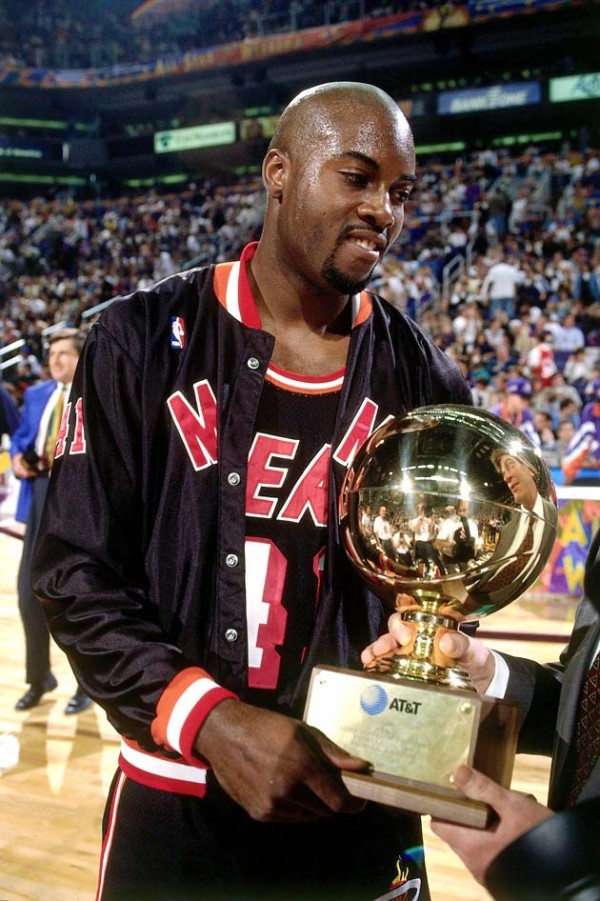 “G-Money” is number three all-time in three-pointers made (708) in Heat History. Rice was the fourth pick in the first round of the 1989 draft out of the University of Michigan as he went on to play six seasons with the Heat. He went on to win the 1995 three-point contest. His form is also a remedy for any young shooter to emulate. Rice scored a career-high 56 points versus the Orlando Magic in 1995.