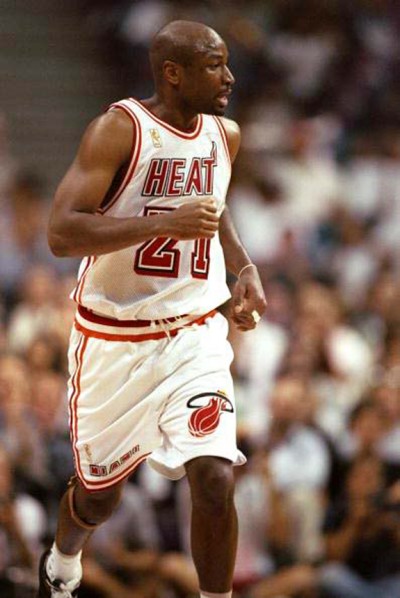 As the late great Hall of Famer and former Heat analyst Dr. Jack Ramsey would say after a made three, “Lenard! Lenard!” Lenard was a knock down assassin from behind the arc. Lenard played five seasons (1995-2000) in Miami — during those highly competitive rivalries versus the Chicago Bulls and New York Knicks — ranking fifth all-time with 473 threes made. He won the 2004 three-point contest as a member of the Denver Nuggets.