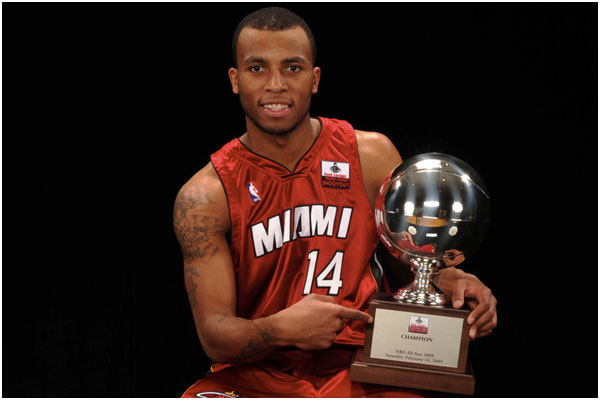 Cook was drafted in the first round of the 2007 NBA draft (21st overall) out of Ohio State University. He won the 2009 three-point contest as he became a specialist instead of the all-around player Miami envisioned him to be. Cook made 272 threes in his three seasons with the Heat.