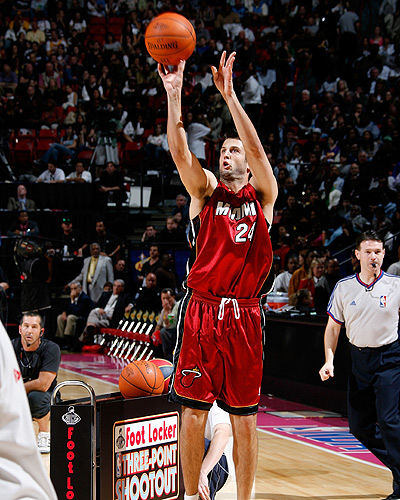 Kapono spent two seasons with the Heat as a three-point specialist hitting 129 treys in limited playing time. He was very one-dimensional, which led to his departure from Miami. Kapono won the three-point contest in 2007 as a member of the Heat, and again, the following year (2008) as a member of the Toronto Raptors. His incredible shooting ability kept him in the league for a couple more seasons as he became a journeyman player.