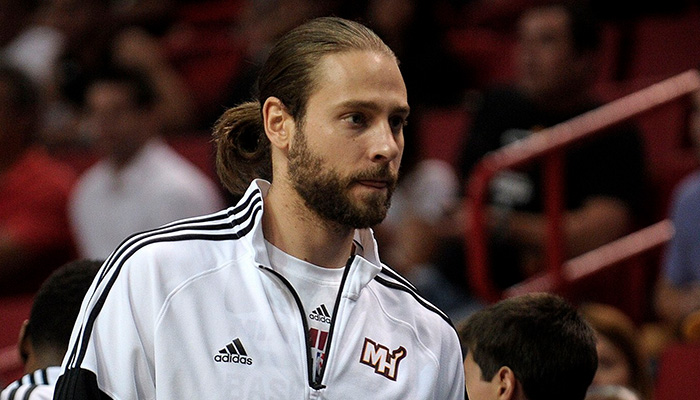 In 2014, the Miami Heat signed power forward Josh McRoberts to a four-year, $22 million contract, however, he was unable to prove his worth after a knee injury abruptly ended his season after 17 games.

Miami never got to feel the effect of McRoberts’ impact and the team’s bench production suffered because of it. In 2015-16, with a healthy Chris Bosh and the emergence of Hassan Whiteside, the former Charlotte Bobcat will have a more versatile role and will likely earn off-and-on playing time alongside the starters.

Here are a few areas in which the Heat can expect McRoberts to contribute regularly:

McRoberts is a 6’10” power forward who, in his last full NBA season, averaged 8.5 points, 4.8 rebounds and 4.3 assists while shooting 36.1% from beyond the arc. This is a player with size, skill and grit who can check in midway through the first quarter for Whiteside while Erik Spoelstra moves Bosh to center.

The goal of this lineup would be to create as much space as possible while Bosh works in the low post and “McBob” contributes in the mid-range, corner and wing spots. The Bosh/McRoberts duo will likely be a highly productive frontcourt tandem that will give opponents headaches throughout the season.

When Amar’e Stoudemire or Chris Andersen enter the game, look for McRoberts’ offensive looks to increase (especially if/when he gets the chance to play along Whiteside) as he’ll aim to be more of a scoring threat while the others focus on rebounding and rim protection.

Aside from Marc Gasol in Memphis, you’d be hard-pressed to find a better passing big man in the game than McRoberts. The previously mentioned 4.3 assists in 2013-2014 were the most amongst any power forward in the league.

This opens up a myriad of play-calling options for the team, especially when McRoberts is paired up with a quick-cutting backcourt guard like Dwyane Wade, one of the premier off-the-ball players of the last decade. If the big man can keep his passing skills in peak condition, McRoberts might have a puncher’s chance at the Sixth Man of the Year Award come late April.

A big man that can knock down the long ball? Now, that’s value. Last season, the Heat ranked 24th in the league in three-point efficiency. While the former Duke University Blue Devil won’t be heavily relied upon for three-point production, he will be asked to take the shot if it’s there. The Heat must clean up their three-point shooting in 2015-16 if they wish to contend deep into the playoffs. McRoberts is a more-than-likely candidate to help the team improve in that category.

The key to McRoberts’ production this season will ultimately come down to health. According to Kyle Neddenriep of the Indianapolis Star, the 28-year-old forward is nearly 100% after last year’s season-ending knee injury. If he can stay on his feet, McRoberts is sure to play a major role as Miami’s x-factor in 2015-16.
[xyz-ihs snippet=”Responsive-Ad”]